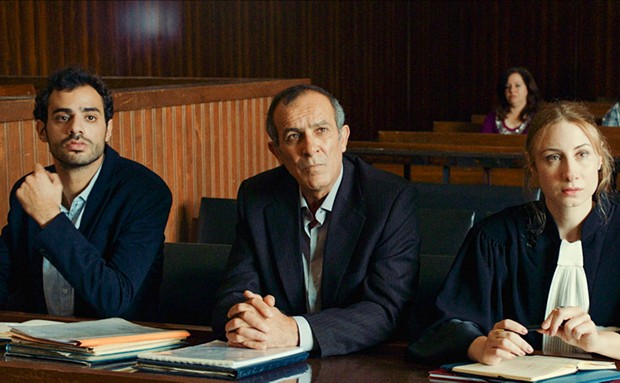 As part of HSU professor Leena Dallasheh's Let's Talk About the Middle East film series, the Minor Theatre presents a special, one-night-only event: a screening of the Oscar-nominated film The Insult, with a live Q&A with the film's star Kamel El Basha, on Thursday, Feb. 21 at 7 p.m. ($9.50, $7). The Insult was nominated for best foreign language film at the 90th Academy Awards (losing to Sebastián Lelio's A Fantastic Woman), breaking new ground as the first Lebanese film ever nominated for an Academy Award. With those credentials, you know the film covers some heavy territory.

In the film, a small incident between a Palestinian refugee and a Lebanese-Christian turns into a heated argument that escalates into a complicated courtroom drama where centuries of political conflict and personal wounds play out with seemingly no right or wrong side. From the event's press release, "As one lawyer states, 'no one has a monopoly on suffering.'" As with most good art, there is hope here — optimism for understanding and perhaps reconciliation. In hearing our stories in others and vice versa, in coming face-to-face with our enemies, we have the opportunity to take another look at our beliefs. We can deconstruct, change, heal. The Insult reminds us of this. For his role in the film, El Basha was awarded the Volpi Cup for Best Actor at the 74th Venice International Film Festival. Seeing the film and speaking with the lead actor in it afterward is rare opportunity. Get your tickets at www.minortheatre.com.