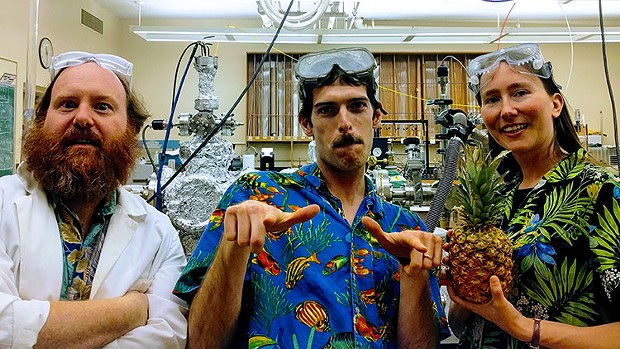 It's the 10th anniversary of the opening of Blondies, the bottom-of-the-hill student haunt and purveyor of wine, coffee, sandwiches and foosball. There will be a free celebration of the spot today at 5 p.m. with cake. Music will be provided after 7 p.m. by the Marching Lumberjacks, Dead Drift and Droll Weevil, which is a local rock band and not a character from a Roald Dahl fairy tale narrated by Quentin Crisp.

Another anniversary is being celebrated at 9 p.m. at The Logger Bar when the boys in Barnfire play a birthday show for their hot-pickin' six-string samurai (and fellow Pisces) Turtle Goodwater. The Handshakers are along for the hayride tonight, hot off the heels of the release of their debut record, which I will give more attention to in the near future. As is tradition at the venue, this gig is free.