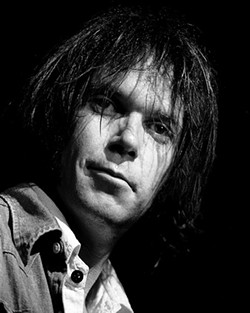 I used to think that it was funny to prank people on April Fool's Day. My family members were usually the targets but, being a child, I didn't really understand humor, as my frontal lobes and sense of empathy hadn't fully developed yet, so suffice it to say my mother didn't appreciate hearing that the dog had gotten hit by a car or that my brother was on fire in the neighbor's yard. Pranks are inherently at least mildly cruel, though I don't ever want to repeat what was probably my greatest 4/1 hit, which was in my mid-20s when I made a long trail of fake blood down the hallway and into the bathroom, and set off for work without leaving a note of explanation for my girlfriend or roommate. The unreasonable hassle I had to deal with in the wake of that bit of fun convinced me that my future would need to be a bit more serious if I were to have any hope of a quiet life. So I have for years since given only a fleeting backward glance at my former ways. But the temptations of old habits can tickle new senses and a return to one's roots is always possible. One such artist who understands the importance of roots is Neil Young, who is recreating his historic Northern California barroom tour from the 1970s with a quick run up the coast. Performing under the name The Jim Diamond Dandies, he'll be playing a quick free set this afternoon at 5 p.m. at the center of the Arcata Plaza, where he will announce which local tavern will host the evening's longform show with a few, shall we say, familiar guests. Get there early as there might be a crowd.