July 07, 2021
comment
An unusual mix of eager participants took part in the Fourth of July Jubilee Parade in Arcata, exhibiting a lot of pent-up pandemic-era energy as they walked around the plaza. They included giant puppets, a good luck dragon, multiple Kinetic race vehicles, two llamas, dogs up for adoption, twirling dancers of all ages, a decorated ATV, musical and drum groups, circus performers and families with children out for a fun walk. The family-friendly event replaced the usual Arcata Plaza festival due to the pandemic. See the slideshow below for highlights.

The parade, organized by the Arcata Chamber of Commerce, began in the Arcata Creamery District on Eighth Street and ended after circling the Arcata Plaza three times. The attendees then gathered on the grass to picnic, blow bubbles and await the start of the rock-and-roller skating party around the plaza that followed. The Humboldt Crabs also played the final game of their series against the Solano Mudcats at the Arcata Ballpark that afternoon. 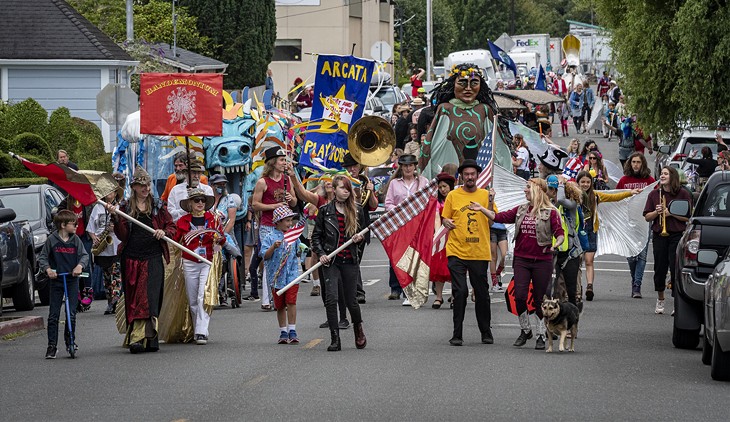 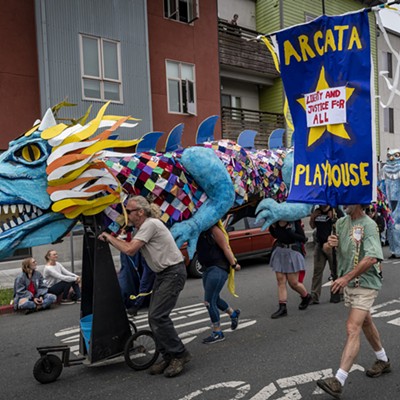 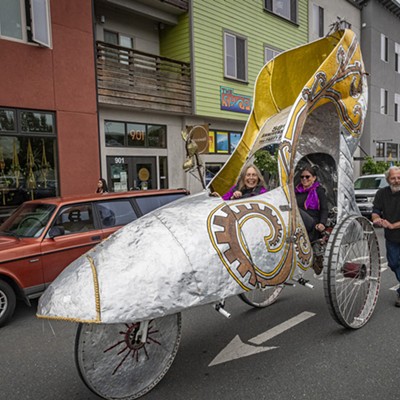 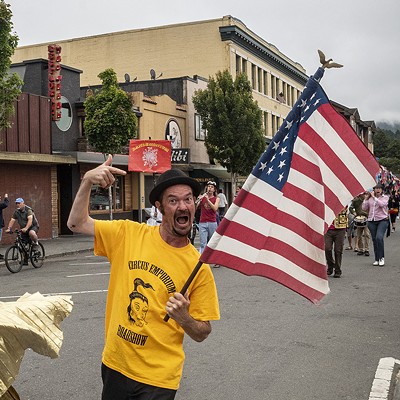 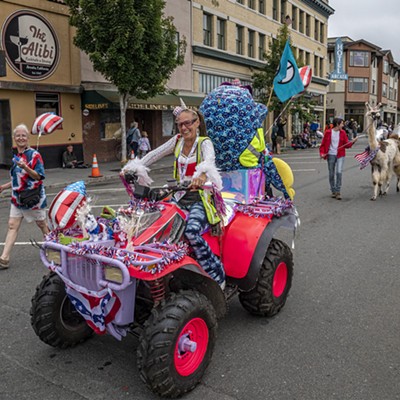 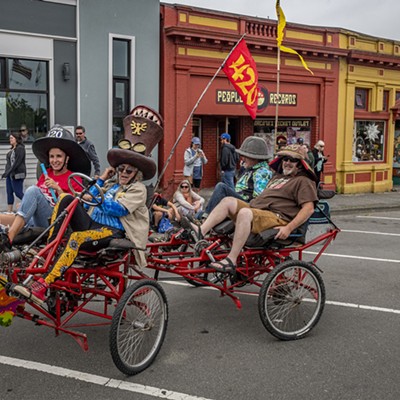 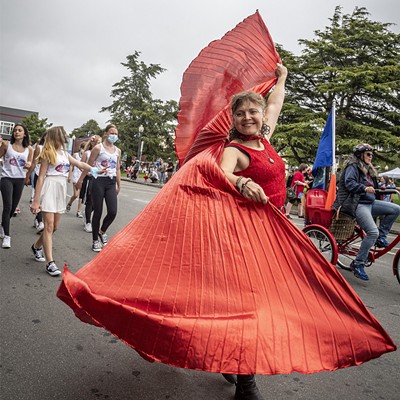 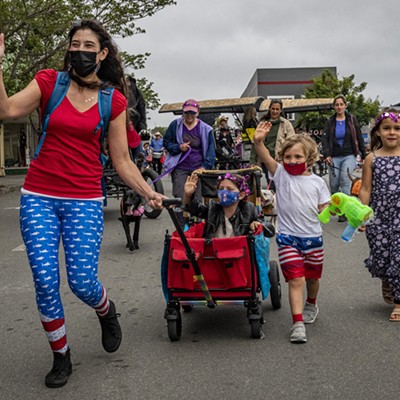