Photos: Rising Up at the Klamath Salmon Festival

August 22, 2022
comment
The 58th annual Klamath Salmon Festival got underway on the morning of Saturday, Aug. 20, after a two-year pandemic break. The usual Fogust low clouds soon cleared and, thankfully, the only smoke in the air was coming from the salmon barbecue pit — no wildfire smoke blew in from the nearby inland fires.

The Yurok Tribe’s theme for this year was "Rising Up," in recognition of the recent reintroduction of the Prey-go-neesh, or California condor, in Yurok Country and the pending removal of the Klamath River dams. It was magical to see a large California condor replica perched on the parade entry vehicle of the Klamath Boys and Girls Club. I hope someday to see a real condor soaring over Klamath at this event, given the recent release of four of the endangered birds and more releases planned in the future. See the slideshow below for highlights of the day. 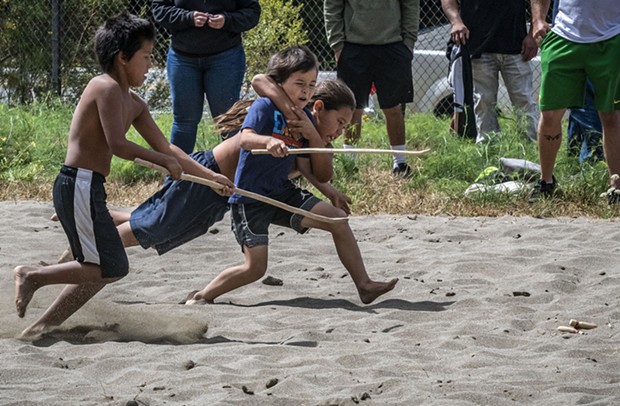 The event featured fresh, local wild salmon cooked on traditional stakes around a fire pit for lunch. There was a mix of new and familiar activities, starting with the Ney-puey Color Run at 10 a.m., followed by the annual parade down Klamath Boulevard. Floats included entries from the Cultural Fire Management Council and Yurok Tribal Court, which promoted awareness of the Missing and Murdered Indigenous People movement. There was also live music by the Blue Rhythm Revue and the traditional Stick Game Tournament. In addition, there was an expanded kids' fun zone, a petting zoo, a net auction, a smoked-salmon contest, an ax-throwing competition and a number of information tables and vendors. The Traditional Basket Weaver Demonstration featured technique examples and a wide variety of handcrafted cultural items made by professional weavers from the West Coast.

One unusual bonus to the event was a 33-foot-long humpback whale and calf carving made out of an old-growth redwood log by wood-carver Tonu Shane Eagleton, of Oahu, who said he found the log at a mill site in Willits 15 years ago.

In an event news release, Chairman of the Yurok Tribe Joseph James said, "With condors soaring over Yurok skies for the first time in more than a century and the soon-to-be-realized restoration of our river, we have many reasons to give thanks and celebrate. The reintroduction of the condor and dam removal represent real progress toward a brighter future." 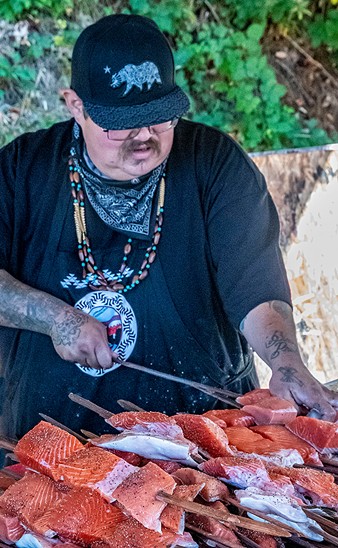 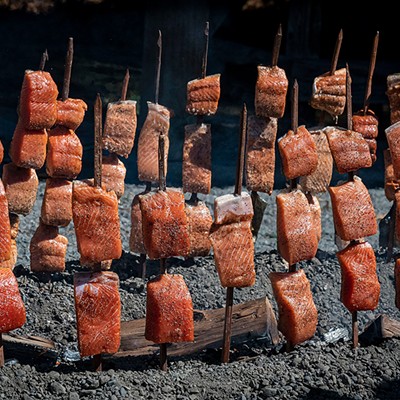 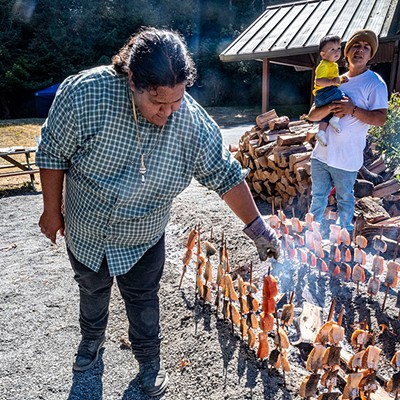 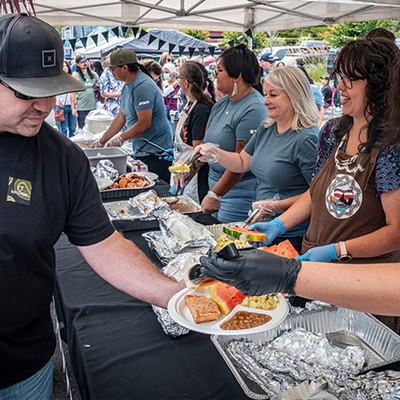 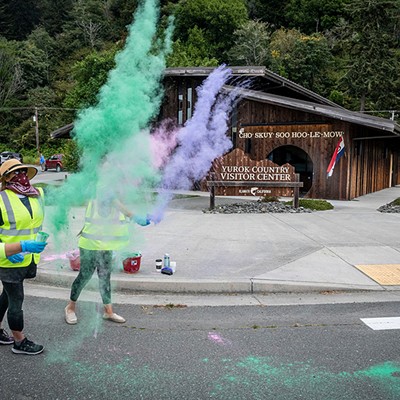 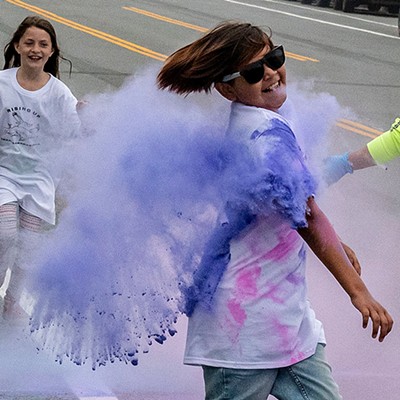 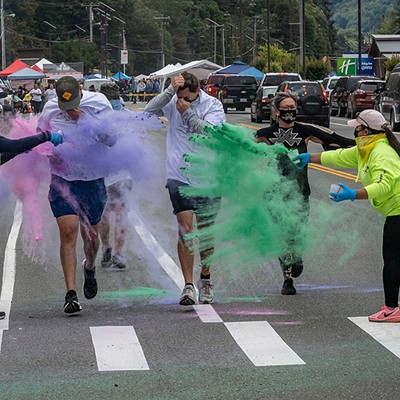 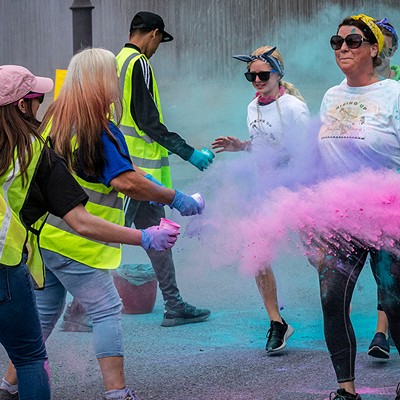 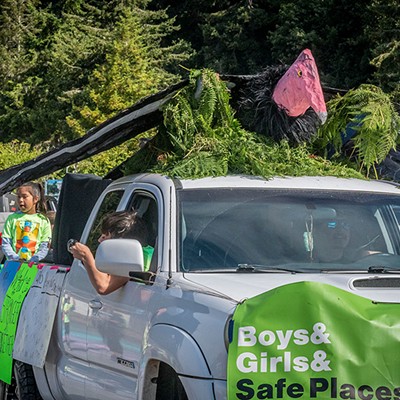 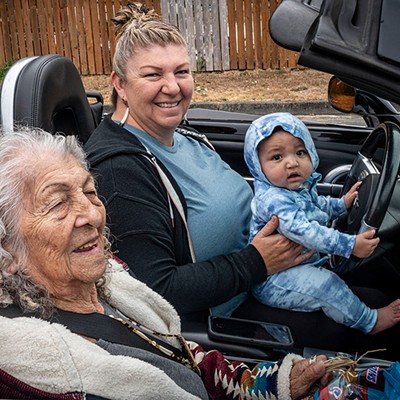