They made it. And they rocked it.

If you stopped at the overlook on Highway 96 and glanced down at the town, a smattering of buildings where 3,500 or so residents live and work alongside a stretch of the Trinity River, you would never guess that a legendary rock band that sold out Levi Stadium in San Francisco earlier this summer and played to a crowd of more than 50,000 people was scheduled to hold a concert there that evening. 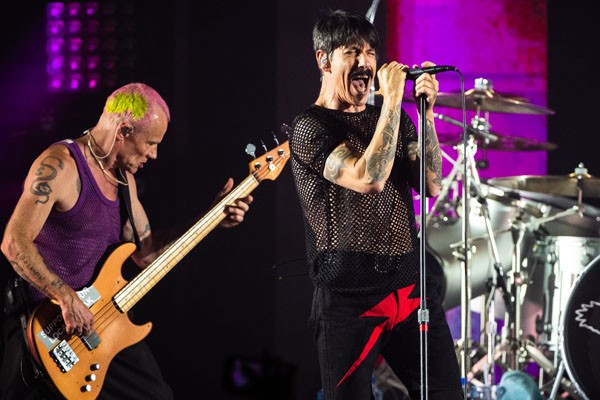 The band took time out from their Global Stadium tour in between gigs in Austin, Texas to perform the concert in Hoopa. During the show, lead vocalist Anthony Kiedis said no matter what happened before or what’s to come, “This is my favorite show of the entire year, without a doubt! Without a doubt!”


Mattz Gymnasium, also known as the Warrior Dome, heated up like a sweat lodge when familiar songs such as “Snow” and “Soul to Squeeze“ rolled out and soon the entire crowd was arms up and starstruck. 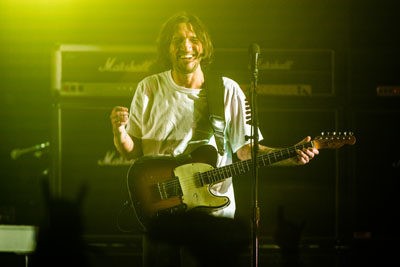 The band members, who are all pushing 60 except for Frusciante, moved around the stage like 20 something year-olds, like they could have been on their first tour only they wore more than socks this time. Their contagious energy lit up the young, middle and older-aged crowd. Older fans joined in singing the lyrics while newly minted fans lifted their faces to the stage awestruck.

During the performance, they left out all of the songs from the albums, “The Getaway” and “I’m with You”, which were produced when John Frusciante wasn’t a band member. They left out many of their 90’s era hits too, playing a set list that they enjoyed. During the familiars “Zephyr Song” and “Dani California” most of the crowd sang along with the band. 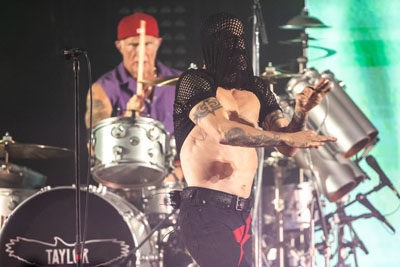 A crowd favorite was “Black Summer,” which was the first single on their April 2022 album “Unlimited Love.”

Throughout the show, Flea and Kiedis threw area-specific references into their conversation with the crowd. Ferndale and Hoopa’s long-standing rivalry, the Trinity Alps Wilderness and woodpeckers (a bird sacred to the Hupa) were mentioned on stage.

The Peppers closed up their hour-and-a-half show with their hit “Give it Away Now”.

Drummer Chad Smith threw dozens of autographed drumsticks to the crowd at the end of the show and said, “Thank you, guys. We love you so much. Thanks for having us. It’s been an honor and a privilege. We love you, be safe, bye!”

They exited stage right and even though the crowd shook the dome, the Peppers did not return for an encore.

Check out our first edit of photos at tworiverstribune.com.

This story was reposted with permission from Two Rivers Tribune.