December 06, 2022
comment
For many, it's not officially the holiday season in Humboldt County until you've attended one of the all-brass TubaChristmas performances, which have been led locally by Fred Tempas since 1988. So we headed out early Saturday afternoon to near the gazebo in Old Town in Eureka for the 33rd annual concert and Christmas carols sing-along accompanied by tubas. The group also played a second performance in McKinleyville later in the afternoon.

The first weekend in December includes the usual arts and crafts show indoors at Redwood Acres and and we came back to Old Town for Arts Alive! on a rainy Saturday evening. We found the latter was considerably enlivened by Duane Flatmo's flame-shooting El Pulpo Magnifico and its pulsating sound track.  At least one person on Woodley Island, unaware of Flatmo's spectacular pyrotechnics across the Bay, called 9-1-1 to report a fire.

Our last stop was at the soft opening of the huge, newly remodeled Dick Taylor Craft Chocolate retail and production space in the old North Coast Co-op building at the corner of E and First streets in Eureka’s Old Town. The welcoming space was a popular refuge out of this rainy night as we joined throngs of people enjoying the hospitality of co-founders Adam Dick and Dustin Taylor. 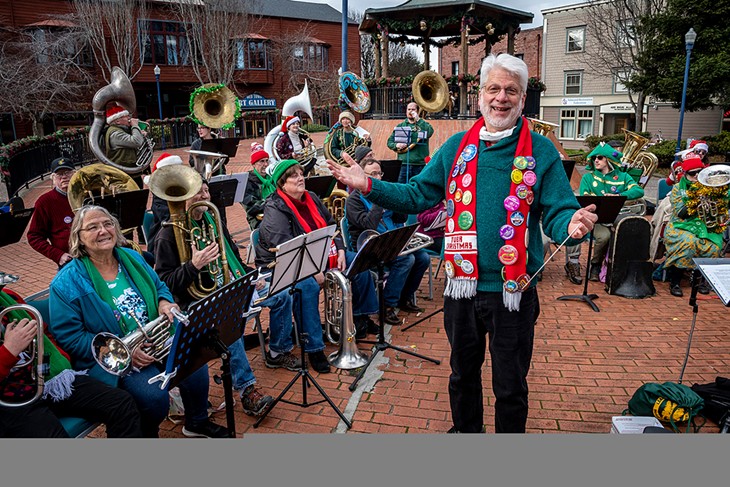 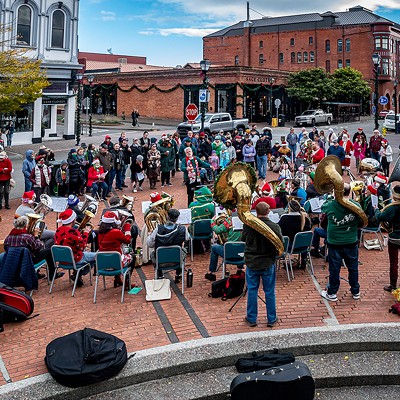 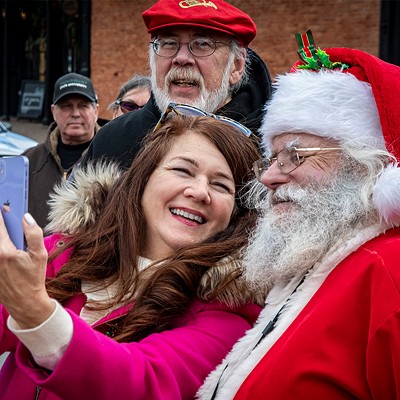 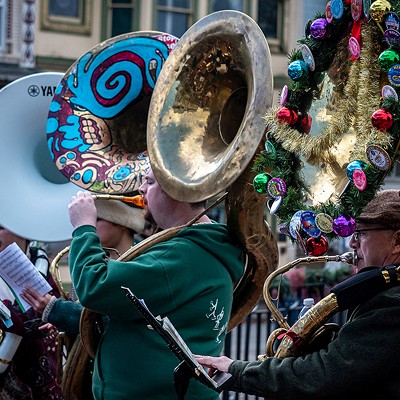 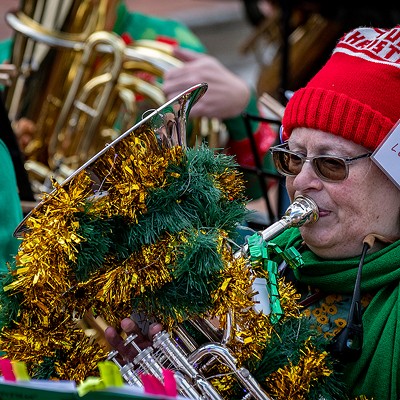 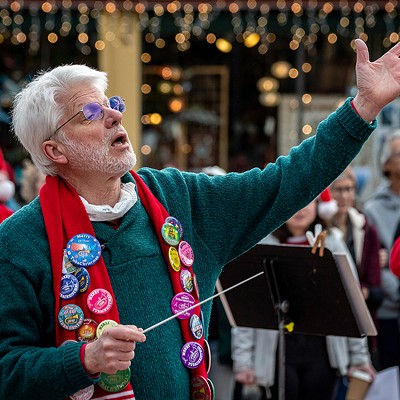 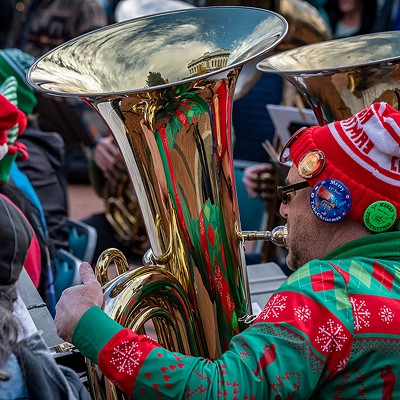 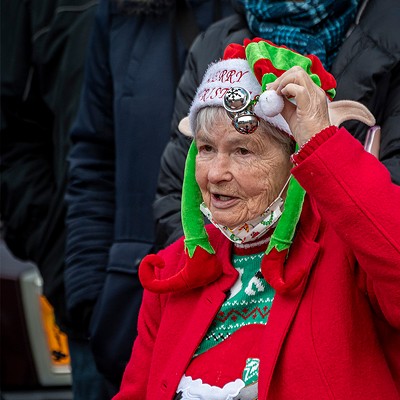 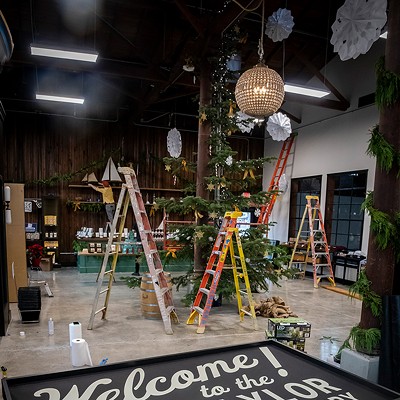