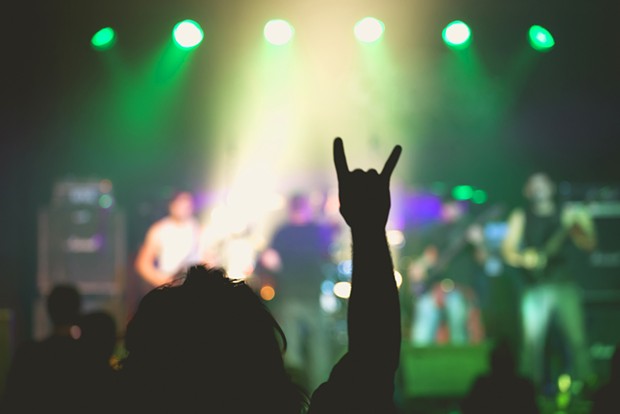 Boat Cop is a power trio whose fast and heavy sound falls somewhere between Motörhead and Discharge, with country and alternative textures thrown in. This is high praise from me, as those are all very good things in the Book of Collin. The group’s self-titled six-song tape, released last Halloween, is a noisy mess in all the ways that remind the listener of true underground music. Tonight at 8 p.m., you can catch ’em at the Siren’s Song Tavern with Los Drastic Gnarlys, a local Latino punk act rumored to put on a great show. As with many shows at the jolly olde Song, I have no idea what the cover charge is, so bring some ducats.

Another subject that has multiple chapters in the Book of Collin is the early work of director Sam Raimi, whose low-fi horror masterpiece Evil Dead changed the face of splatter cinema forever. Everyone will tell you that the sequel Evil Dead 2, which is really just a bigger budget remake of the first one, is the superior film. Sadly, those people are wrong, and blinded by the comedic camp theatrics of number two. However, I can’t say no to a midnight movie and no matter how I feel about comparisons to the original, I understand that the venues have to listen to the voice of the public rather than critics like myself. So, the Arcata Theatre Lounge is the place to be to see Evil Dead 2 tonight, but get there around 11 p.m. to secure a seat and watch the pre-show ($8).