First day out with my new Canon 6D Mark II today and so far I'm happy. I used my Sigma 150/600-millimeter lens and, after a slow start, managed to find a few subjects. I watched as a smallish dragonfly searched among the willows looking for someplace to dine on its catch. As soon as it did, I took several shots. I was able to identify it was a California darner (Rhionaeschna californica) and even what it was eating. Lunch was a golden dung fly. Mmmm. 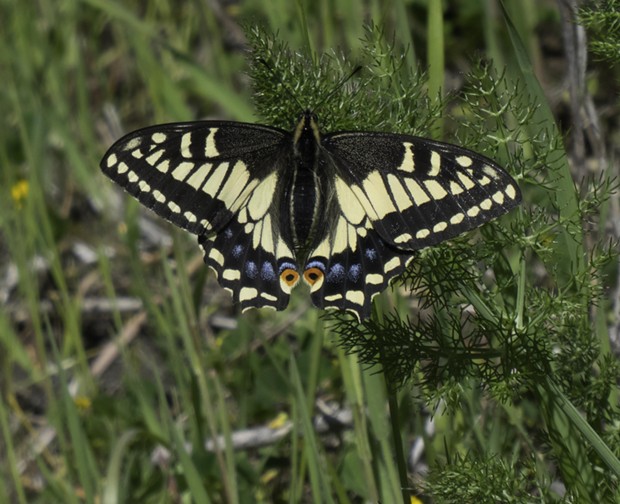 There were several anise swallowtails ovipositing (laying eggs) on the wild anise or fennel which grows along this stretch of the Van Duzen River. The eggs will soon hatch into tiny caterpillars that resemble bird poop. It is believed this gives them some protection from predation. Again, mmmm.

As they outgrow that disguise they turn green with black and yellow markings which act as camouflage of a different sort. 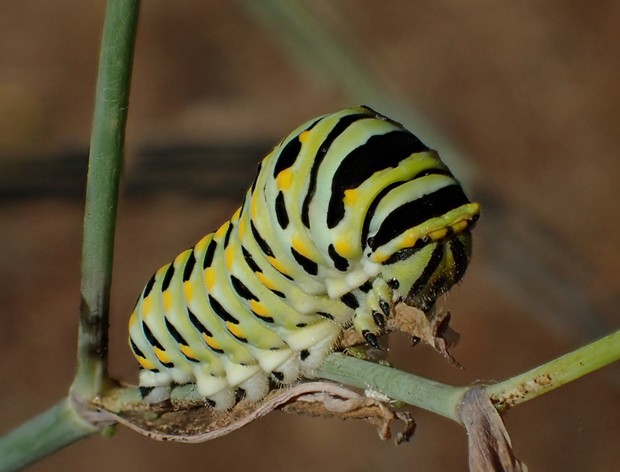 A little while back, I encountered what looked like a tiny dried leather sack stuck to one of the dry fennel stalks. It was identified on Facebook as an anise swallowtail larva, most likely infected with nuclear polyhedrosis virus, which infects insects, mainly butterfly and moth caterpillars, and is about 100 percent fatal. I'll take sniffles and a runny nose any day.