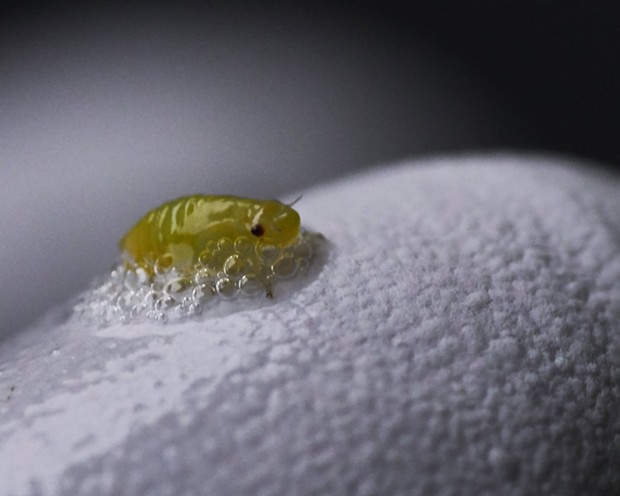 The nymphal spittle bug is a wondrous creature. It sips plant juices and processes the waste into a bubbly foam with which it surrounds itself. If you've ever gotten the stuff on your hand you know it is sticky and gooey. I understand it is unpleasant tasting as well. (I've not done that experiment.) It provides the developing frog hopper with protection from predators and drying out, and gives some insulation against extremes in temperature. I know of nothing that deliberately hunts them, although as adults they leave the froth and hop and fly about making themselves vulnerable to all the usual predators. Usually their feeding is insignificant to most plants, except in the case of an unusually heavy infestation, and they can be washed off while watering. 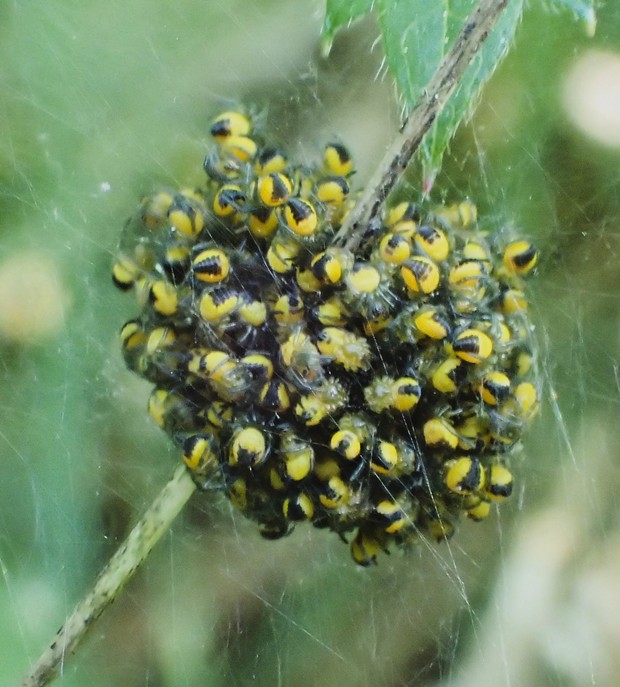 When I was a kid some comic books featured a page of scientific factoids. One that stuck in my mind was the following: If you allowed a pair of flies to reproduce at their normal rate and none of their offspring died or were killed, and they reproduced, in two years you would have a ball of flies the size of the Earth. I've never done the math but knowing exponential growth curves, the theory is not surprising.

Considering a recently published article estimates that spiders, like the orb weaver babies in the photo above, consume somewhere between 400 to 880 million metric tons of insects a year, they are on the front lines against an insect Armageddon. I, for one, am all for it.