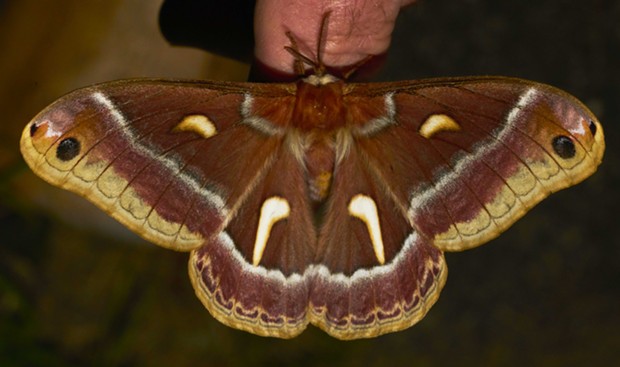 Back when cameras used film, I noticed large sections of leaf chewed away on the madrone tree in my front yard. I found three large green caterpillars gnawing away at them. I watched carefully over the next few weeks until they each spun a cocoon. I put a mesh bag over each of them and waited. Sadly, I hadn't tied the mouths of the bags tightly enough to keep out earwigs, which ate the newly emerging moths. Ever since, I've been trying to get a shot at one of the giant silkworm moths, locally known as redwood moths. I've also heard them referred to as Gypsy moths, which a really completely different creatures. After a recent trip, it was 1:30 a.m. by the time I arrived home and started to unload the car. After 20 years looking for a specimen of the ceanothus moth (Hyalophora euryalus) one was hanging on my window screen. This is the second largest moth in our area after the polyphemus moth, both of which are saturnids or giant silkworm moths. The silk on their cocoons is not commercially useful and the adults cannot feed because they have no mouth parts. As big as bats, they are attracted to lights and are often docile enough to handle gently. After I took a bunch of photos of the one that visited my house, I put it outside in the back yard. In a few minutes I heard something banging on the window. It was trying to get to the light through the glass. I turned off the light and went to bed. 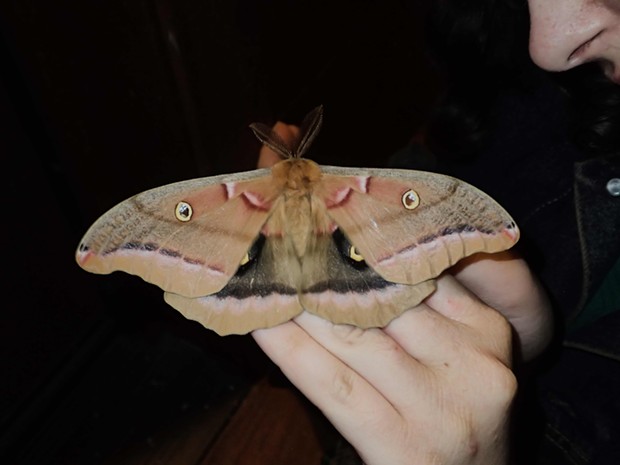 Working in the weeds behind my yard I noted a strikingly colored rangeland tiger moth (Platyprepia virginalis). Not as large as the saturnids mentioned above but still big for our area, it is the largest “wooly bear” moth commonly seen in our area. 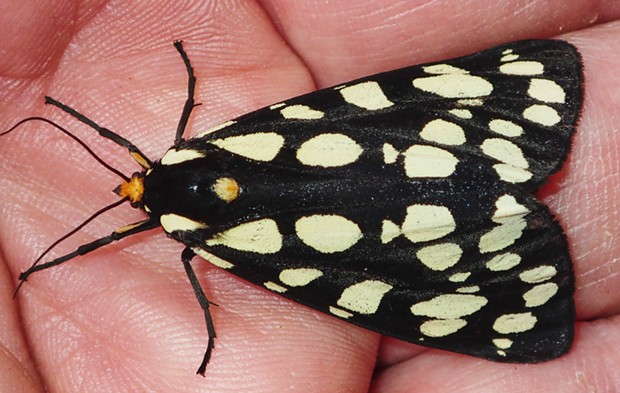 Update: In my post on May 6 I mentioned the little beetle I found in my dog's water bowl 10 years ago as being unidentified. BugGuide.net came to rescue: The little scarab is indeed a burrowing dung beetle, known as Odonteus obesus. 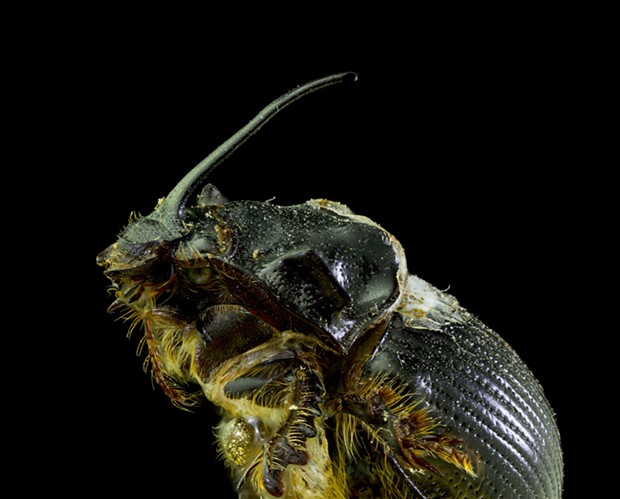