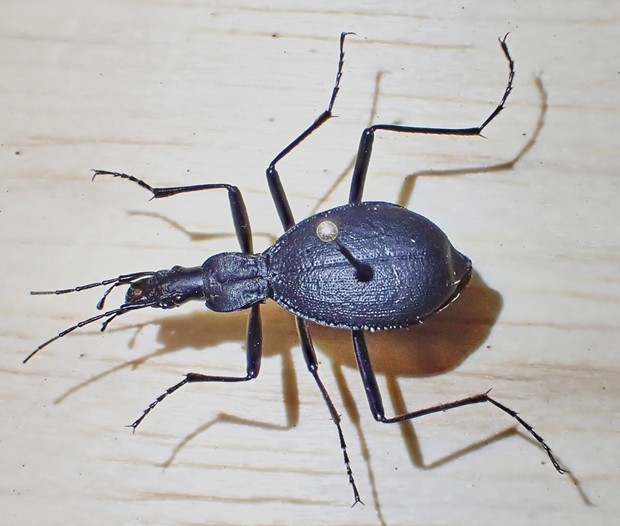 On a recent walk through a local redwood grove, my young companion, knowing I'm interested in bugs, pointed out a beetle on the path. It was dead and, although it was in the middle of a footprint, externally undamaged. So I collected it. Hey, it was dead when I got there. Interestingly enough, it was still pliable, which indicated it hadn't been dead long enough to dry out. But it wasn't playing possum because two days later it was still in the exact same position we'd found it in and rapidly losing flexibility.

So I put it in my killing jar to be 100 percent sure and a day later pinned it. It is one of the Cychrini tribe of ground beetles. This group is notable as snail hunters, using their narrowed heads to access the last little bits of escargot from the shell. On another recent outing into the deep woods several orange butterflies displayed serious territoriality, chasing others away from their perches and through the patches of sunlight filtering down through the trees. These are Polygonia satyrus, named for their apparently ragged wings. 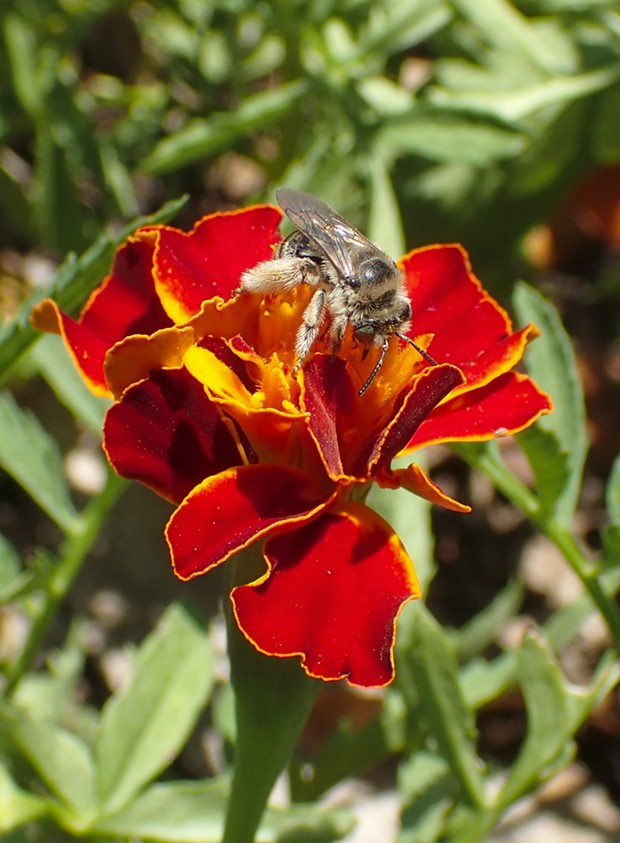 My little marigold patch is now hosting several species of native bees and, notably, I haven't seen any honeybees on them. One little native was a digger or polyester bee (genus Colletes), known to line their burrow with a cellophane-like coating, protecting their brood from water and fungi. 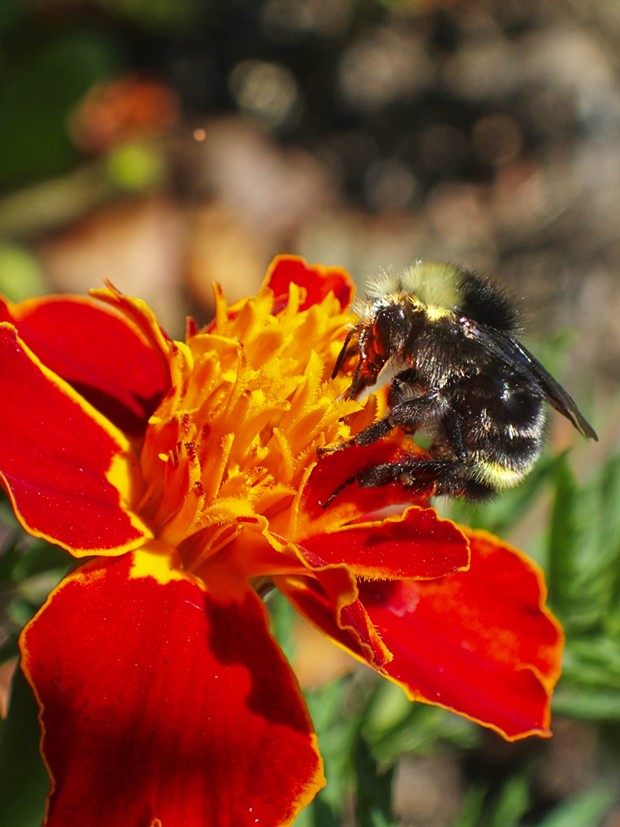 Attracted by the scent of fermenting vegetables in my most recent batch of homemade kimchi, a fruit fly was an unwelcome guest in my home. Rest assured it did not survive the experience. 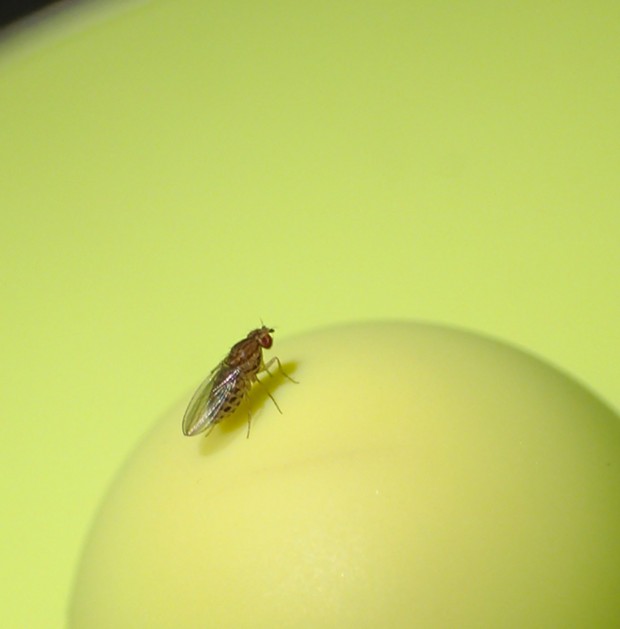