HumBug: A Day for Beetles Yesterday was a day for beetles. Moving some large pepperwood planks to my garage for curing, I noted several small beetles on the freshly sawn surfaces.

One was actively chewing its way into the surface. There are quite a few species of small cylindrical wood boring beetles, many choose a single species of host tree. At about 4 millimeters long this one makes holes about 2 millimeters across and seems particularly fond of pepperwood. I noticed several “shot holes” already in the wood. I am not yet sure how I will deal with the insects that have already invaded the wood I intend to use for countertops. 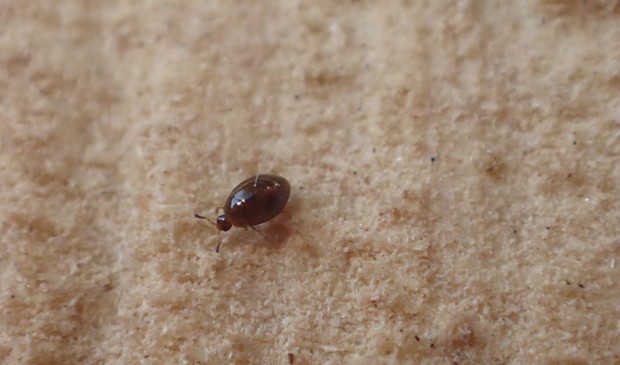 Some time ago I reported on the tiny feather winged beetle I'd caught, and that it was a member of the family containing the smallest beetles in the world. Well, I found one even tinier than that specimen. Smaller than the period at the end of the sentence, at first it looked like it might just be a speck of dirt, but it moved in a purposeful way so I took a magnified photo. Only after I downloaded the image could I make out any details. The tiny dot was a beetle. Although it has been tentatively identified as a spider beetle, I'm not sure that's correct. I'm still working on it. 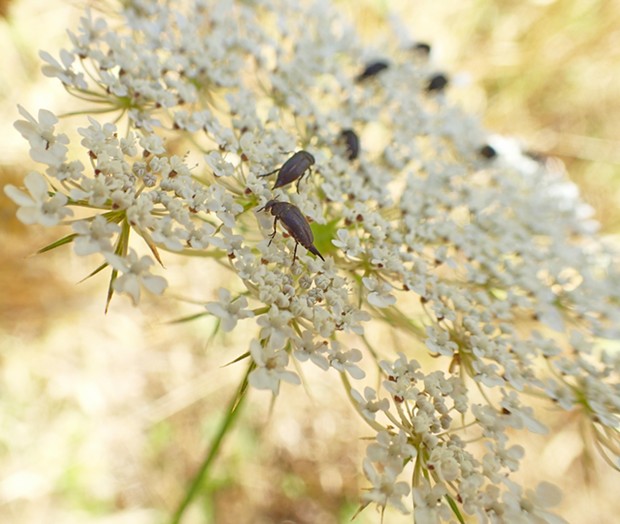 On some nearby Queen Anne's Lace flowers I noted the black teardrop shapes of some tumbling flower beetles (family mordellidae), a species which escapes predators by making a series of tiny jumps causing it to tumble off the flower and to the ground. Although not uncommon, their wariness and this behavior makes them a challenging photographic subject. 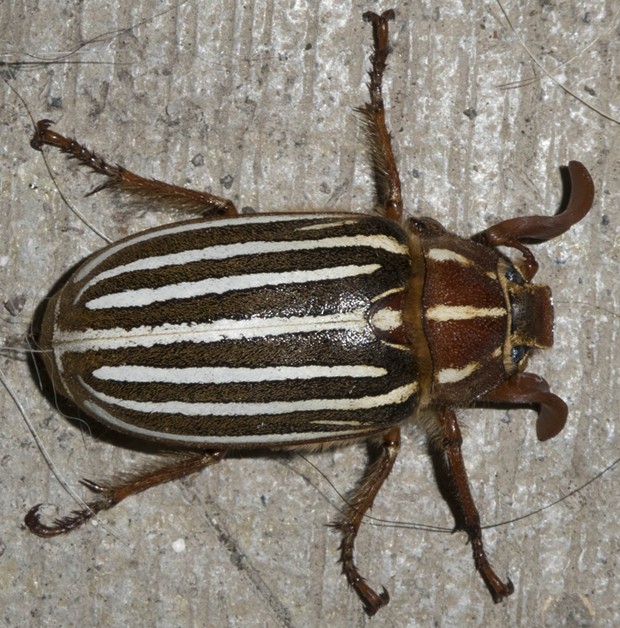 Leaving the house for a late-night date, I noted a thumb sized striped lump on my front porch. It was a 10-striped June bug (Polyphylla decemlineata). Flying to lights this large scarab is fairly common hereabouts. Until now I've never had an opportunity to photograph one. Of course I had to stop and take a few pictures. Fortunately, my wife is tolerant and kind.