HumBug: Locals Among the Invaders 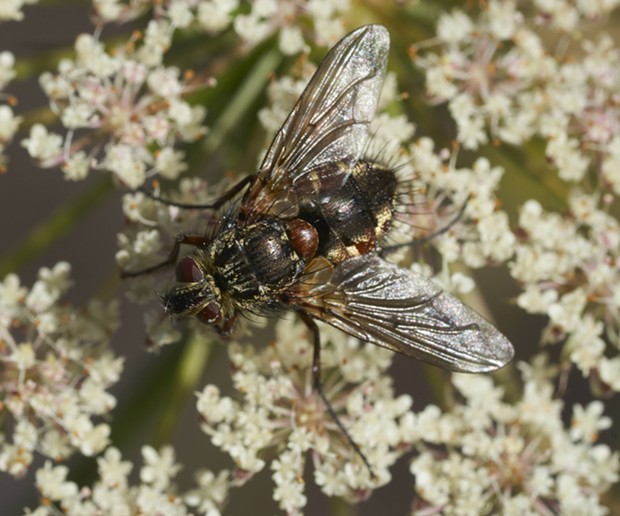 Finding myself with an uncommitted day and the Himalaya berries in season, I went blackberry picking along some of my favorite logging roads. I did OK but the best part of the day was wandering through patches of Queen Anne's lace, cat's ear, pampas grass, Scotch broom and bird's foot trefoil. One and all thriving invading alien species. Many of these bloom later in the season than the locals, providing food to many species of insects and prolonging their season as well.


There were several parasitoid tachnid flies feeding on the Queen Anne's lace, which in turn attracted some large bald faced hornets Dolichovespula maculata. You could hear the deep bass note of the wings of this, the largest species of the yellow jacket family, flew between the flower heads often bumbling into them. I wonder if this is a “flushing behavior” like a bird dog scaring up quail to be taken on the wing. 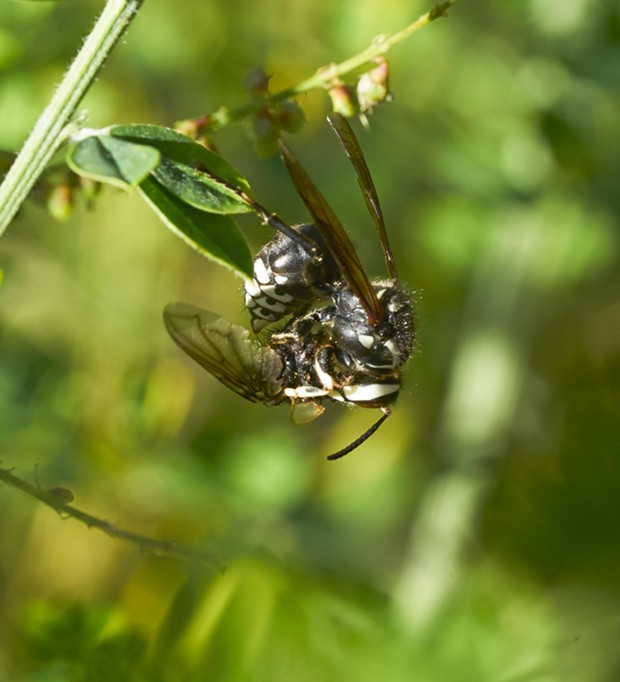 A much higher pitched buzz alerted me to a small bee hovering nearby. I hesitated to unlimber my camera expecting it to flit away momentarily but it did not, so I got out the camera and took shots at various angles. Finally, it pivoted looking directly into the camera lens. I suspect this was a male leafcutter bee displaying to attract a mate and saw his reflection on the glass as a challenge. 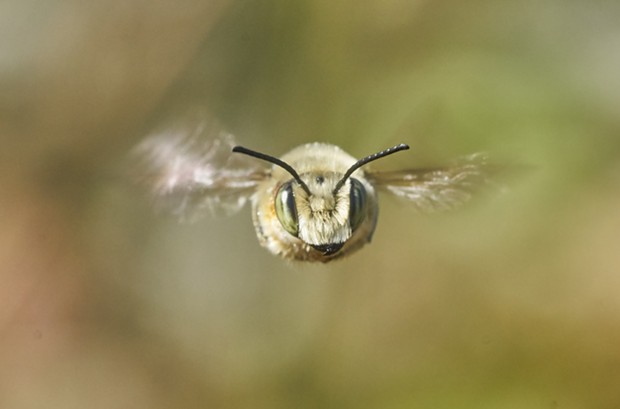 A buffalo leafhopper put in an appearance, as well as a praying mantis and several little Acmon blue butterflies. 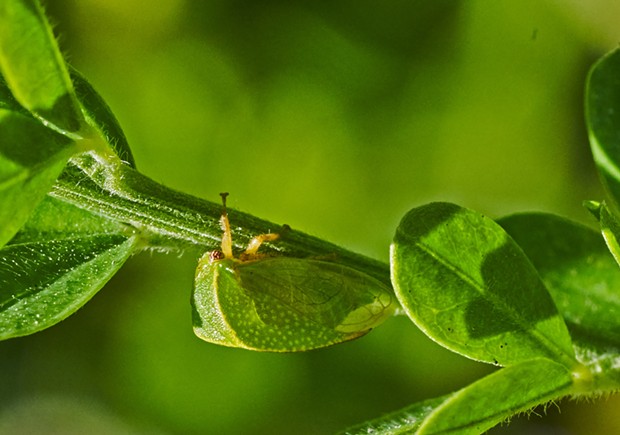