You see them nearly everywhere this time of year, the big female cross orb weaver spiders (Araneus diadematus). If you get close you can see the emblem of the cross for which they're known.

As I looked at one particularly large female spider, I noticed another spider with a leg span nearly as large as the lady but a much smaller body was plucking a couple of her web's support cables. 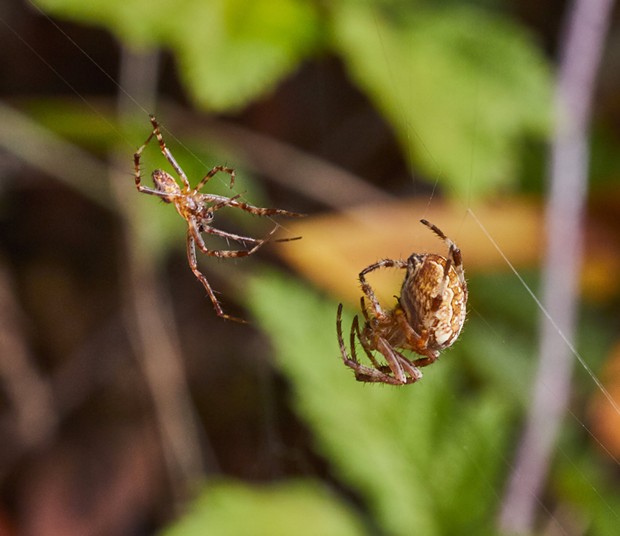 With some apparent trepidation, he made his advance going a little way out on her web. For her part she scurried right after him and he ran away. He tried this several times always with the same result. She chased, he ran.
He finally gave up and, sliding down a strand of webbing like a man rappelling, he disappeared behind a leaf. I moved trying to get a better vantage to get a shot of his back to see if he, too, sported the distinctive cross seen so plainly on the females.

What I hadn't realized was that he was already on the job with another lady whose web was positioned almost directly the below the first.

He plucked at her web from the side as he had done before, but this lady's response was completely different. She retreated from the silk wrapped sink bug on which she'd been feeding and took up a position facing him at the center of her web, motionless. With the same trepidation he'd shown before, he approached but this female did not pursue him. Instead she just hung there, moving little until he got close enough to touch her front legs with his. Then she moved a little and he retreated. This happened over and over again, me snapping photos each time. It looked like she was baring her fangs when he got really close but it was hard to tell at that range.

Finally he touched her, which she allowed, and then suddenly they were one big tangle of legs. As I snapped away, I suddenly realized she was wrapping him in silk. She revolved his now immobilized body like a chicken on a spit. 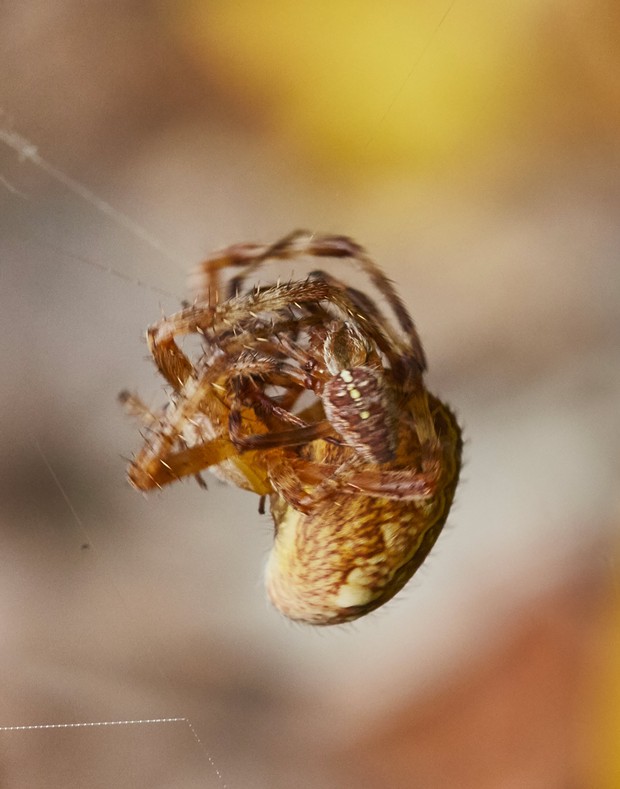 When she was satisfied that he was completely immobilized she left his swathed form dangling in her web and she returned to her stink bug. 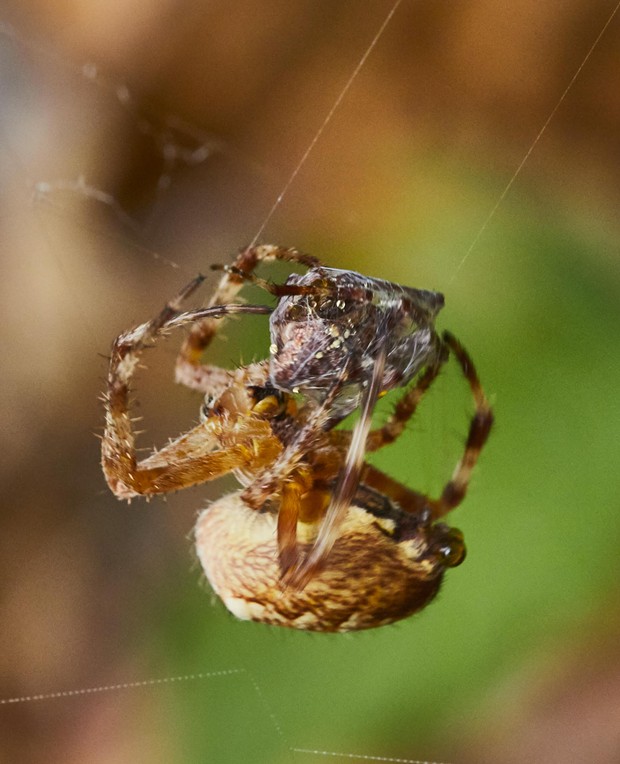 I returned several days later. The stink bug long gone but, like a horrific trophy, the webbed, tangled mass of male spider legs hung there. Or maybe this was another male lured to his doom.