HumBug: Who's Your Daddy Longlegs? 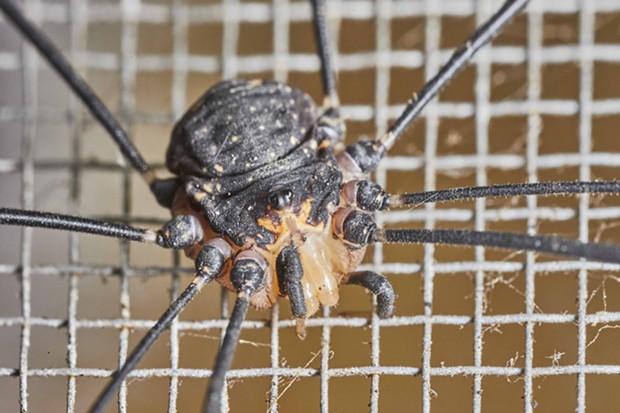 As soon as the UPS delivered my newest camera lens, I had to go a hunting. Since it's fall, many insects are gone until next year but there's always something interesting out there.

Today was no exception. Before I even got out the door, I noted a daddy longlegs on my window screen. It only took a ladder and a couple of strenuous yoga poses to get the shot, but the lens performed well. 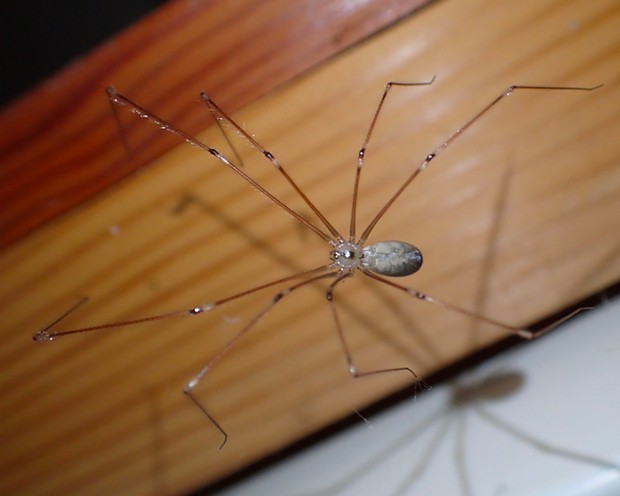 The name “daddy longlegs” is often applied to other creatures that are not closely related, such as crane flies and cellar spiders. 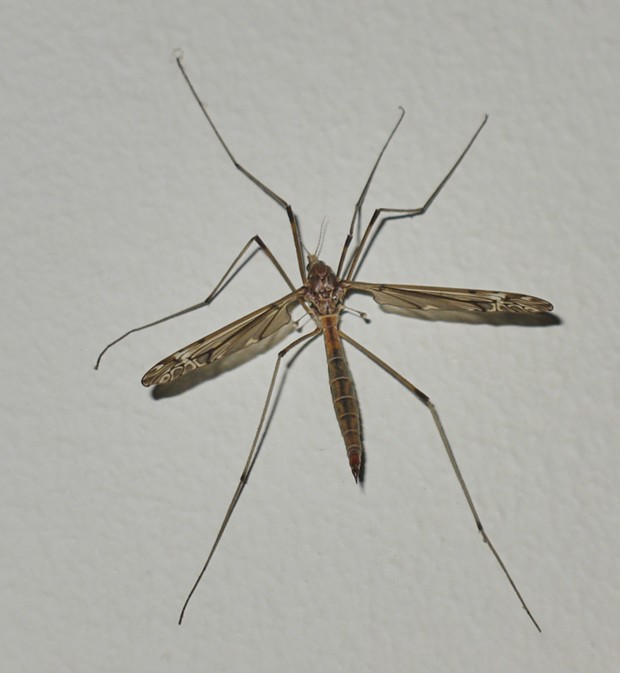 The arachnid family of opiliones can be differentiated from spiders in that their body/head is a single structure and they only have two eyes perched on top of their body like a little turret. The story that they posses the world's most toxic venom but fangs too small to pierce human skin is false. They have no venom or fangs. Unlike spiders, they can actually ingest solid food. No known species of opiliones posses silk glands so they do not spin webs. According to the literature, their eyes cannot form images so they use their extra long second pair of legs as feelers. One variety I've noticed even lights up under black light at night but quickly ran away from it. 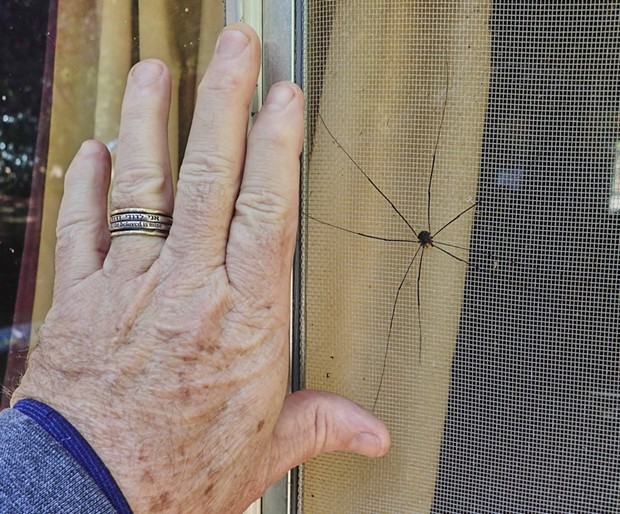 The locally common Nelima passleri has the most extraordinarily long legs of any I've seen. Members of this species sometimes congregate in large numbers. I can attest that a hundred or so of them scurrying about your head after a cluster has fallen on you can indeed induce the freakout response. 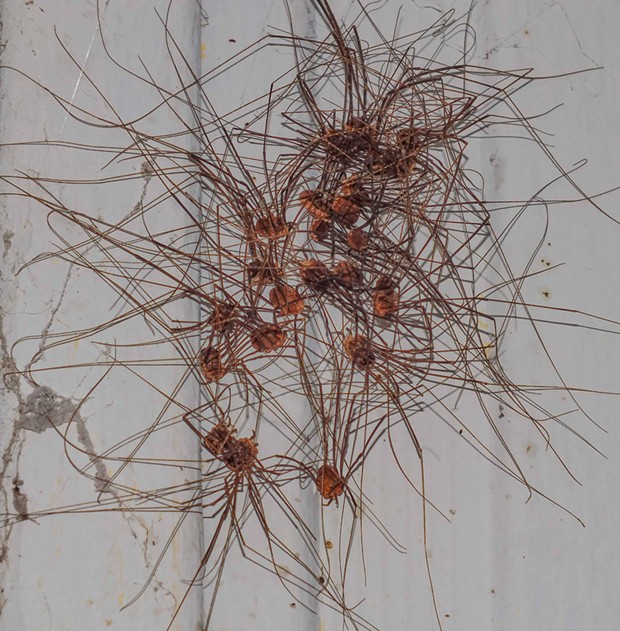