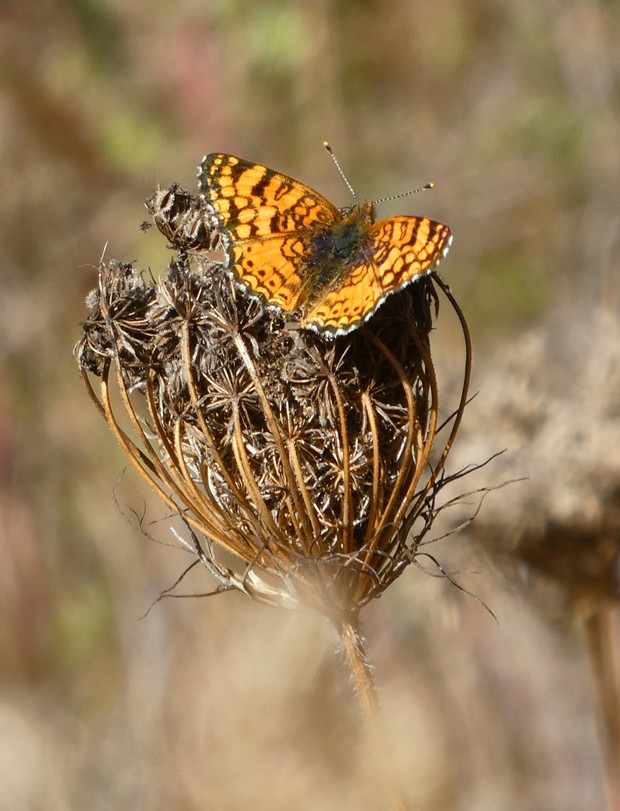 Walking along the Van Duzen River today after three frosty nights, I noted four different kinds of butterflies. We saw many Mylitta crescents (Phyciodes mylitta), got a brief glimpse of what was most likely a woodland skipper (Ochlodes sylvanoides) and a West Coast lady (Vanessa annabella). A California sister (Adelpha californica) flitted up and posed at the last minute. 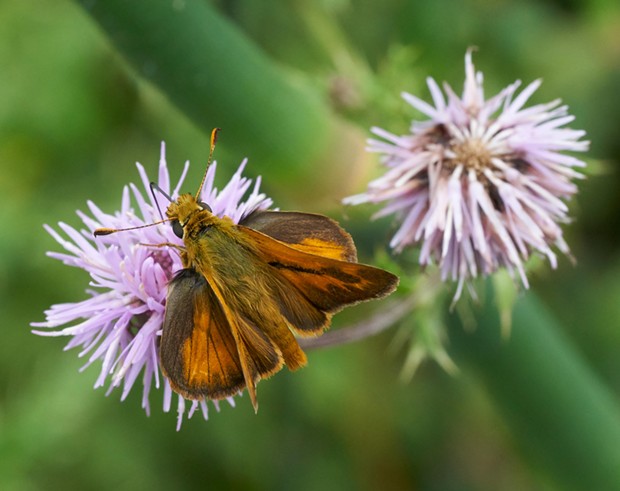 Butterflies and moths make up the order lepidoptera. Although butterflies get a lot more attention, many experts find moths more interesting. Typically, butterflies fly in day and moths by night. While butterfly antennae are thin and end in a knob, moth's antennae have other shapes, from thin filaments to elaborate fronds. In North America it is estimated there are about 700 species of butterfly,  while moths may number more than 11,000. Some experts consider butterflies merely a family of day-flying moths. 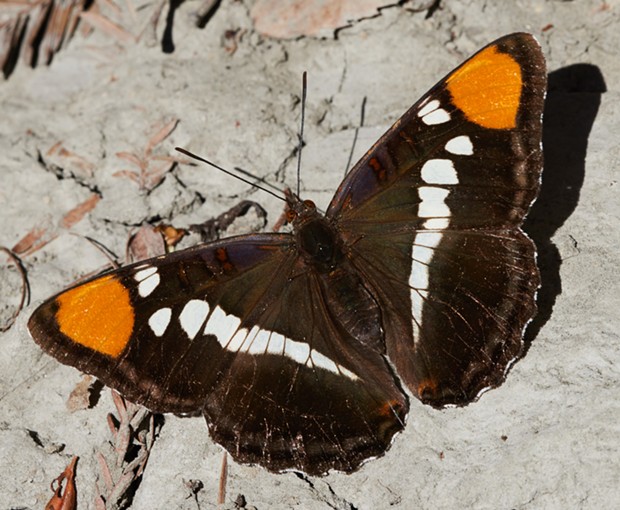 In the age-old arms race between insectivorous bats and night flying moths, moths have developed several survival strategies. One strategy is early detection of the bat's sonar, which triggers evasive flying tactics. Others have developed a form of acoustic stealth. Many night-flying moths are extremely fuzzy. A recent article in Science News points out that this fur can deaden the bat's sonar echoes. 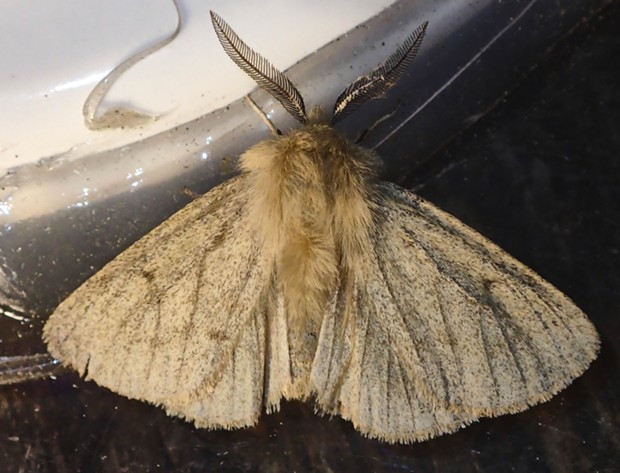 As there are so many more types of moth than butterfly and they have been around so much longer, it stands to reason they might have an even more diverse set of lifestyles. Like butterflies, the majority of moths mainly eat higher plants as larvae and sip nectar as adults, but there are exceptions. Some moth larvae are known to eat natural fiber fabrics, a couple of species of wax moths inhabit beehives, eat wax and can actually digest some plastics.

Perhaps the oddest moth lifestyle is that of the genus, Calyptra. Known as “vampire moths,” they do indeed suck blood from higher mammals, but have no fear, that group doesn't live anywhere near here. Yet.