HumBug: Millipede by the Millimeter

I didn't intend to spend all night working on a single photograph but a Eurasian millipede (Ophyiulus pilosus) trapped in a measuring cup was an opportunity to try some equipment in a new way. Instead of using the computer-controlled StackRail to move the focus point, I set it up to travel along the critter, acquiring an image every millimeter. Panoramic software, usually applied to landscapes, allowed combining the 76 resulting exposures into a single image. After positioning the subject, several passes of image acquisitions, adjusting lighting, software fails and crashes, I set everything up, hit the “Stack” button and went to bed at about 5:20 a.m. Post processing the resulting image took several hours as well.

Millipedes are among the oldest land animals and in ancient times some Arthropleura grew to be the largest land invertebrates ever, attaining lengths of over 2 meters. 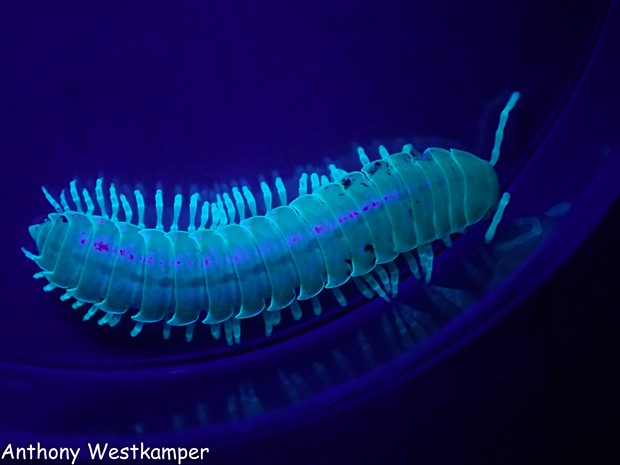 Locally I have noted at least four species, all of which are harmless to humans. Being slow moving creatures without sting, bristles or venom their defenses are coiling into a tight spiral and secreting noxious substances along their sides. At least one local species, the yellow spotted Harpaphe haydeniana, or a close relative, includes cyanide in its arsenal. I think the young of this variety are the ones I've seen glow when illuminated with black light.

A pale yellow one I found in a rotten log remains unidentified and may not be known to science yet. Unfortunately, I managed to get only one photograph of it several years ago. 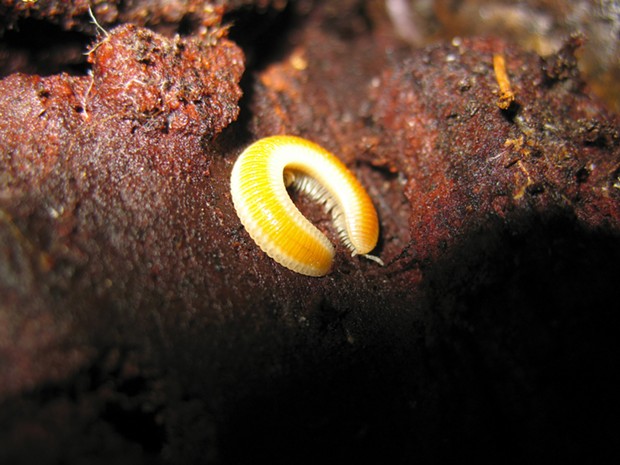