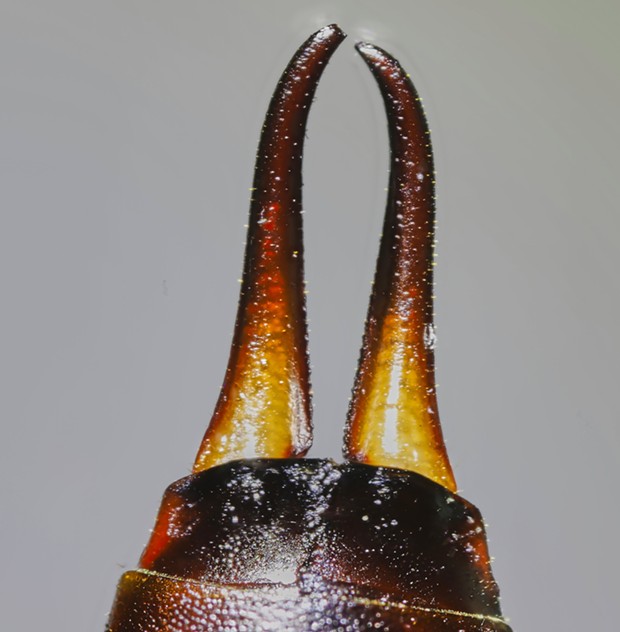 I have not been a big fan of earwigs ever since they ate the ceanothus moth I was trying to rear. Reading a bit about them, I found they indeed have some interesting and worthwhile features. The most common variety around here is the European earwig (Forficula auricularia).

We called them “pincer bugs” when I was a kid due to the pair of forceps-like cerci that adorn their tail. When assaulted by grabbing their head between your fingers, they will indeed try to pinch you with them. The shape of the cerci can be used to differentiate the sexes. The male's are rounded and sickle shaped, while the females' are straighter and appear parallel. 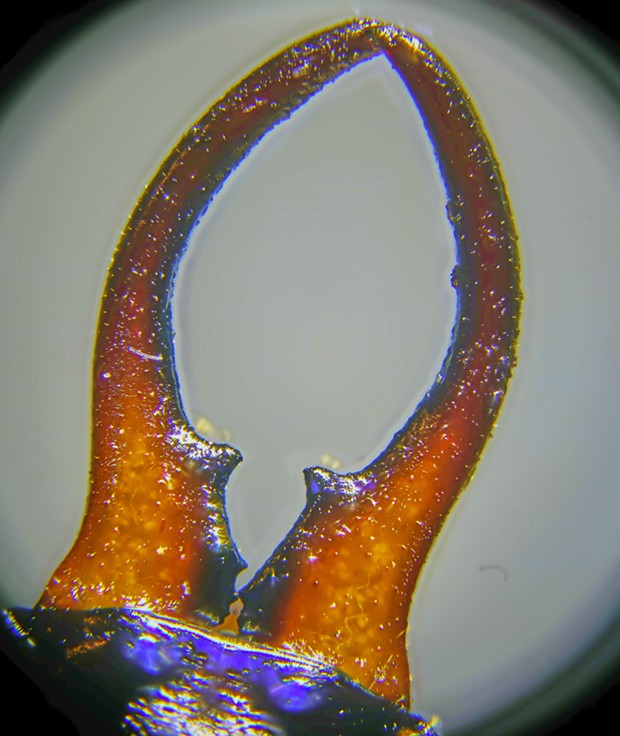 The mothers display parental care protecting their underground clutch of eggs, moving them frequently, probably coating them with an anti-fungal saliva and, once they're hatched, even feeding the young regurgitated food much as mother birds do.

While I suppose in the history of the universe it is possible one crept into someone's ear at one time, they're not instinctively programmed to seek out human auditory canals and then attempt to chew their way out through the brain. Part of that myth is that once they enter they can't back up. Not true: They can easily navigate backwards out of a soda straw sealed at one end. 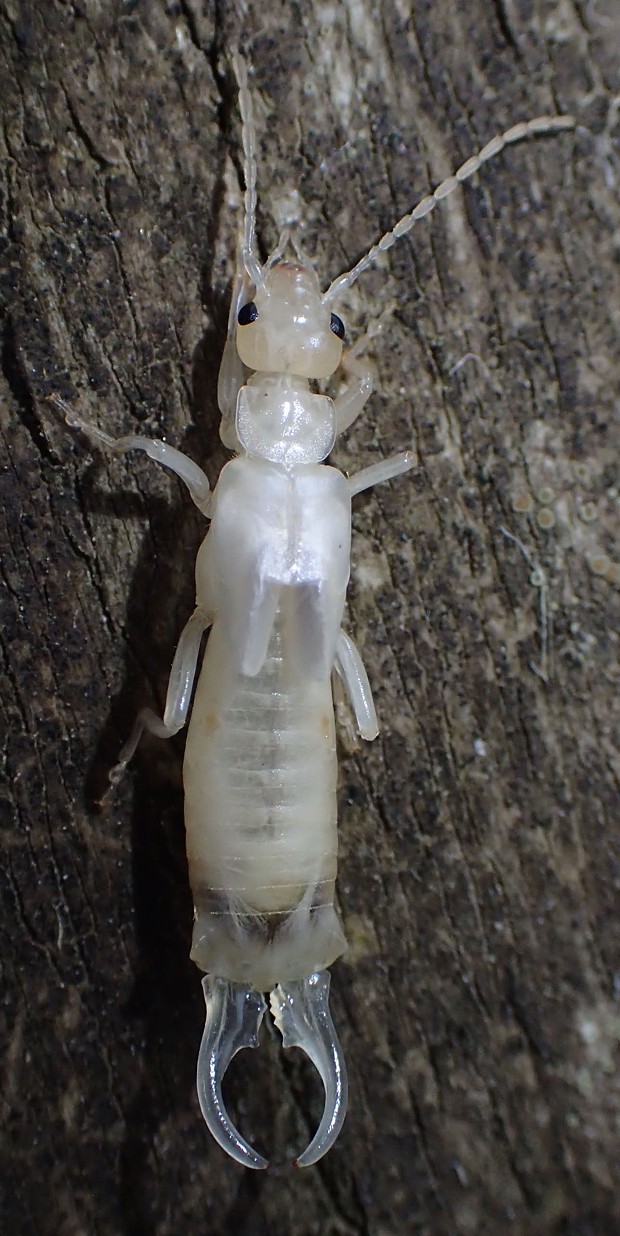 Occasionally you may find one or more that are white. These are not albinos but ones newly emerged from their last molt. In a day or two they will darken to a shiny dark brown.

Technically considered a predator, their economic and gardening significance is debatable. Deprived of sufficient prey, they do resort to omnivorey and indeed eat some crops. They also consume aphids, mealybugs and some kinds of scale insects. More often their presence is merely annoying as they like to hide out during the day in tiny enclosed spaces like heads of broccoli or between lettuce leaves. 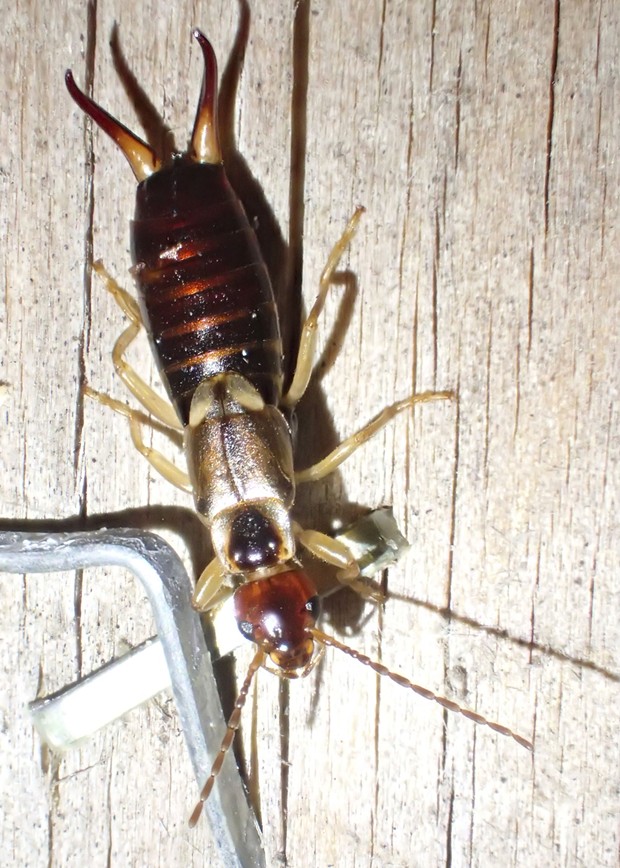 Finally, they can indeed fly, although they seldom do. After two and a half hours of some of the most tedious and frustrating work I've undertaken in a long time, I managed to shred the wings of one subject without ever getting a worthwhile photograph. They are just that delicate. I did manage to find a video on line which can be viewed here.

A heavy localized infestation can be fought by laying some corrugated cardboard on the ground overnight. You can pick them up in the morning and dispose of them. They like to crawl into the little channels to hide out during the day.