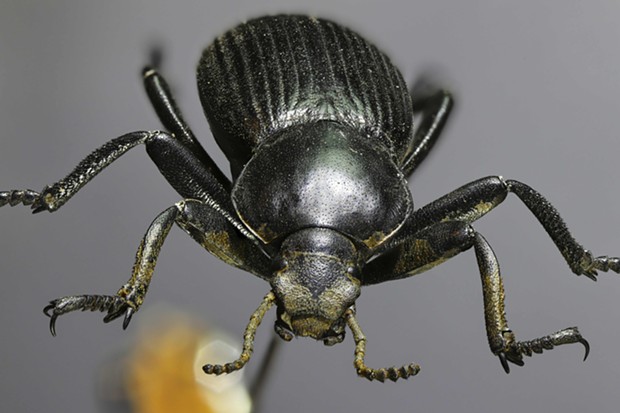 The sound of the rain had stopped and I was all ready to go out and capture a photo of the spider that eluded me the night before. I got all loaded up with cameras and gear, dressed for the cold, went to the back door, turned on the light and there was a world of white. Even the dogs didn't want to go out. So, rather than freeze looking for a critter who was probably hiding from the cold under the shingles of my pump house, I decided to stay in and work on one of those challenging focus stacked images. 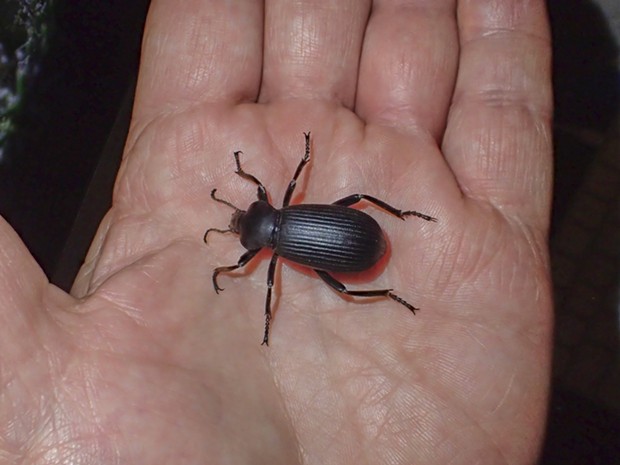 Darkling beetles are one of the larger beetles in our area. Tanks of the bug world, they are armored with a shell hard enough to resist being crushed. When threatened, they assume a butt-in-the-air posture and emit a foul smelling liquid. Even chickens seem to leave them alone. Other than that, they're pretty harmless, subsisting largely on decaying vegetable matter and manure. The specimen I have was collected in Eastern Oregon on a farm. There were a great many of them bumbling along every evening last summer. If, like me, you dislike mosquitoes, I suggest emptying out any flower saucers or other places standing water can collect. Characteristically as adults they don't travel far from where they emerged so reducing the numbers of their larvae can reduce the numbers locally. Laying their eggs on stagnate water allows the larvae to develop unmolested by larger predators like fish. If your container is too large or heavy to move easily, there are several dunks and granules you can add to the water to render it unlivable for them. Many are based on the bacterial toxin BT (Bacillus thuringiensis), a natural soil bacteria. 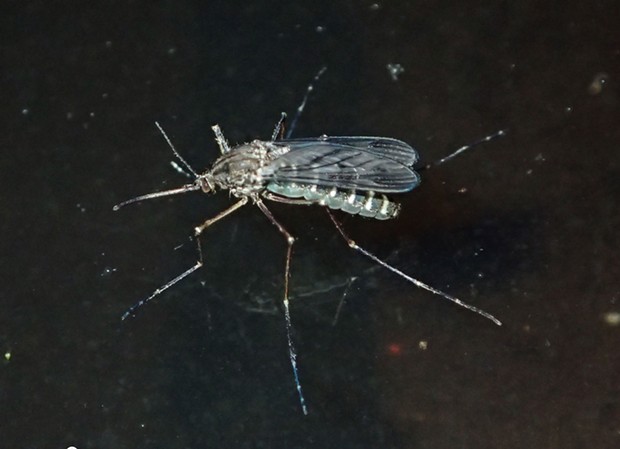