HumBug: Bugs from Long Ago and Last Night

About 30 years ago, I was riding my mountain bike in the desert north of Reno when I saw a large, shiny insect climbing up one of the sage bushes. I stopped, emptied the little container I kept full of bike tools into my pockets and collected it. By that time I'd almost given up collecting, but this was a remarkable specimen. Its large back legs indicated it was a member of the order orthoptera, which contains grasshoppers, crickets, katydids and their kin. The large saber-shaped ovipositor (egg laying structure) indicated it was a female. 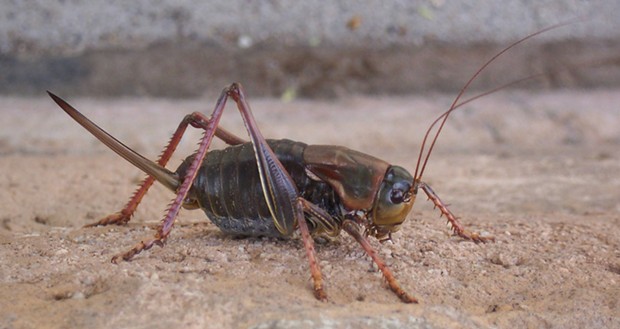 It was easy to find her identity, a member of the family of shield backed katydids. Precisely a Mormon cricket (Anabrus simplex). An insect whose numbers can reach plague-of-locust proportions in some years. In 1848 an infestation threatened to destroy the wheat harvest in the Salt Lake area. The crop and the fledgeling Mormon community was saved by gulls miraculously arriving and eating the invading insects in mass. 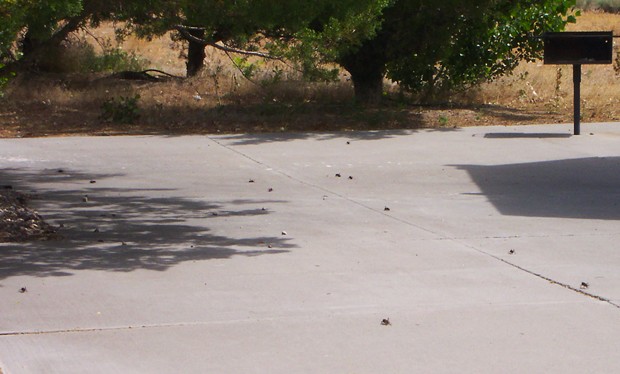 I hadn't seen another specimen until 20 years later, riding across Nevada and Utah an outbreak was under way. In places hundreds of them got crushed making patches of the road slippery. I think once one got crushed, it attracted its relatives who in turn got crushed on the road for their cannibalistic tendencies. 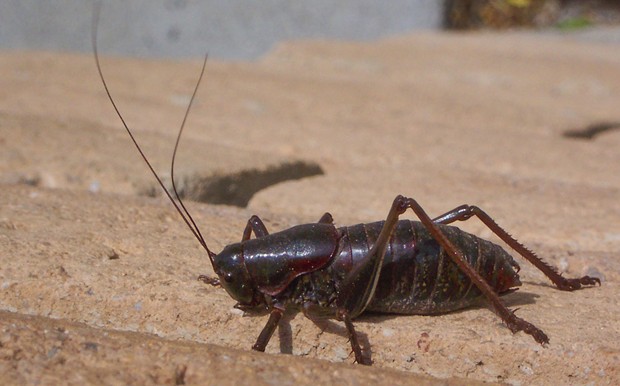 Yesterday I carefully removed the old specimen from the last display frame I have left to photograph her. One photo and the pin I had her on slipped from my tweezers. She ended up in dozens of tiny pieces. So I decided to immortalize her on the web.

On a different note, I have often wondered at the moths I see in my headlights on rainy nights. Not wanting to stop my truck in the middle of a dark rainy road to chase down a capricious creature infinitely more agile than I am, I allowed it to be one of those unanswered questions until last night. Being cooped up inside due to the unending rains lately, my dogs and I were suffering from cabin fever. So, despite the heavy drizzle, we went for a midnight walk.

A moderately large moth flitted through my flashlight beam and landed among the weeds on the side of the road. Carefully herding my companions so as not to scare the moth, I got a good enough look at it to make a pretty certain ID. But before I could get my camera ready, it took wing again unhindered by the rain leaving us by the side of the road. It was an omnivorous looper (Sabulodes aegrotata), a moth familiar to anyone who notices bugs around porch lights in our area. So at least some of the moths we see taking wing on those dark and stormy nights are likely to be this species.