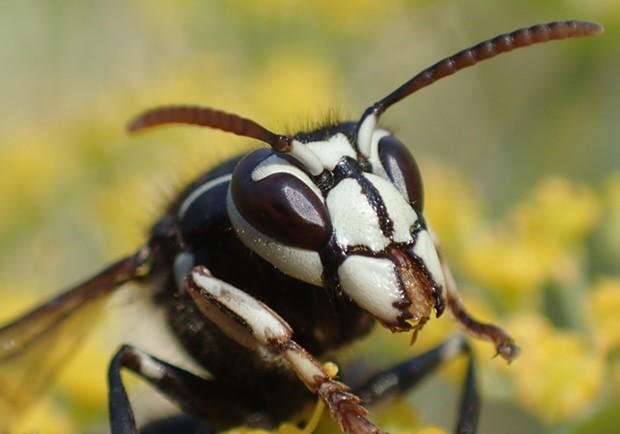 Over the next few days I visited often. Whenever I got too close, she let me know by facing me, putting her wings back in a “V” shape and vibrating them loudly. To quote an immigrant friend, “I love this country, even the snakes warn you.” Not only does she sport black and (well almost) yellow aposematic coloration (conspicuous coloration or markings of an animal serving to warn off predators), but also what I've termed “aposematic sonification." Like a rattlesnake, she makes warning sounds. 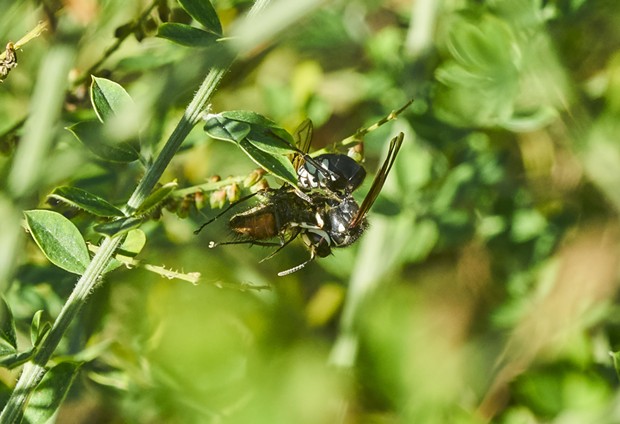