HumBug: A Walk in the Woods When I looked out today the sun was shining and the bugs were out. I set my computer and camera to acquire a stack of photos of a snail hunting beetle I'd collected on a late night walk, and out the door I went.

I managed to identify four different species of butterfly and the first Lorquin's admiral (Limenitis lorquini) of the season. They will set up a perch and defend their territory even rising to chase away birds. There were several painted ladies, an anglewing and a California hairstreak (Satyrium californica).

The latter, being a small butterfly it is always best to get as close as possible so, I started my stalk from a distance snapping shots as I slowly approached, stealthy as a snake. It was only when I decided to get a different angle did I realize it was dead, caught by a flower spider hiding in the globe of white clover blossoms. These spiders were nearly everywhere I looked today.

There were several varieties of bee about, including several leaf cutters, (family Megachilidae). The females of this family carry pollen on special hairs on the underside of their abdomen. Most other bees carry food for their babies on their hind legs. 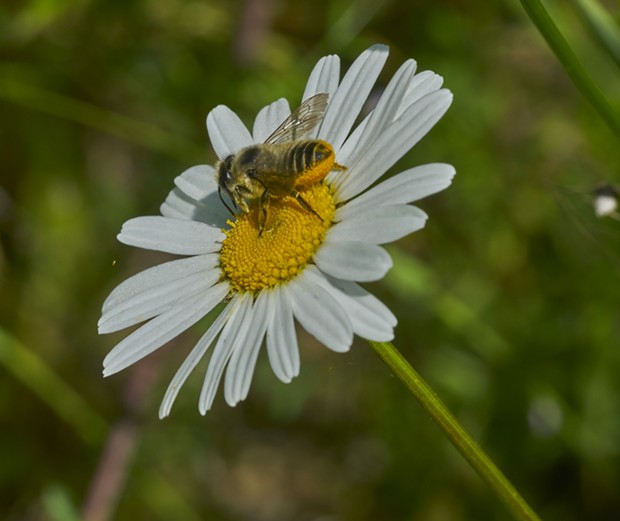 I got a few photos of one of my favorite wasps, the potter wasp. (family Eumenes) as it fueled up at a convenient daisy.

I also fount an insect new to me...Pselliopus spinicollis (there is no common name listed and please don't ask me how to pronounce it) which is an assassin bug (family Reduviidae). 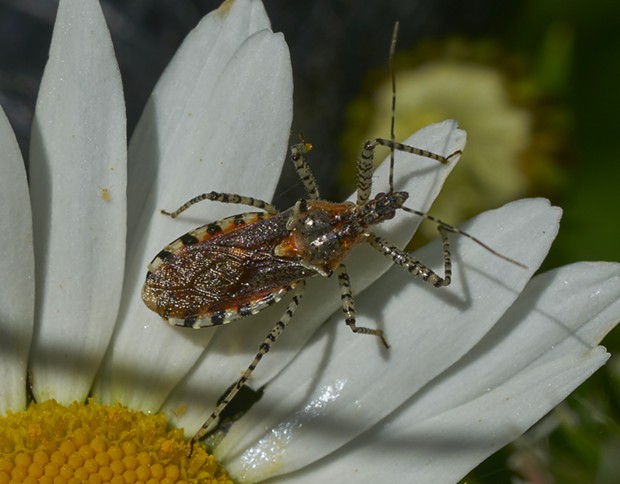 After making nearly every rookie mistake there is, I did finally manage to get a decent shot of the dead beetle.