Sometimes it takes a little excursion to get back home. A fond memory from childhood was watching eight spotted skimmer dragonflies (Libellula forensis) over the little creek at my great aunt's and imagining them as World War I fighter planes in dogfights high overhead. I didn't know their names or what their aerobatics were about, but to me they were beautiful and heroic. As I grew up, I traded their beauty and wonder for facts, Latin names and “knowledge.” They became “specimens,” representatives of the macro invertebrate fauna of our local rivers.

Visiting a small desert pond in central Oregon last week, I once again got to see my old friends the eight spots. I watched, as they flitted quickly and did banked and flat turns, wingovers and flights up to a stall. I got to see something else as well. One was doing something very un-dogfight-like. It purposefully and repeatedly splashed its tail onto the surface of the water, something that would have terrified any WWI pilot. My grown-up sensibilities knew it was ovipositing (egg laying), as beautiful and heroic as anything Eddie Rickenbacker did. 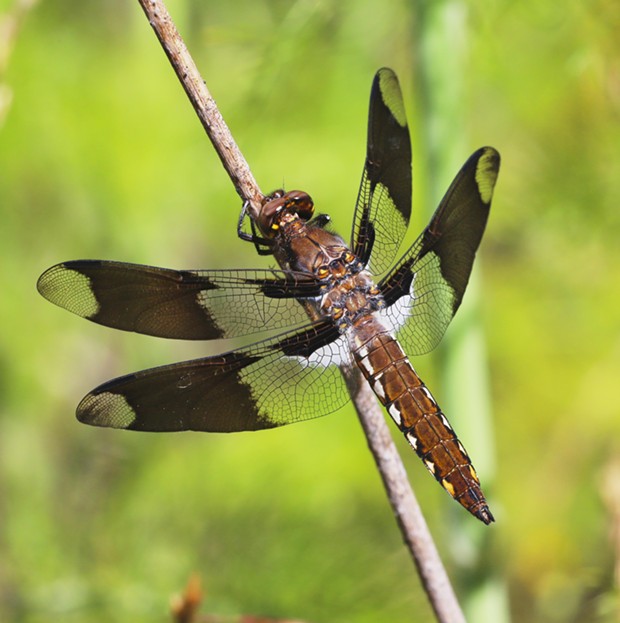 Back home, walking along “my stretch” of the Van Duzen River, I was delighted to see a common whitetail” (Plathemis lydia), a Pacific clubtail (Gomphus kurilis) and a couple of Western river cruisers (Macromia magnifica), one of the largest dragonflies you're likely to see hereabouts.