September 08, 2019
comment
When I was a boy, my dad introduced me to the joys and frustrations of trout fishing. In his opinion the best bait were what he called "periwinkles," little bugs that cover themselves with twigs or stones and crawl around in creeks. Skip forward to 1981 and Gary LaFontaine, a noted writer, published a book that was a revelation in the world of fly fishermen. It was named simply Caddisflies. It extolled the virtues of the insect order trichoptera (meaning "hairy wing") and its hitherto underappreciated role in the lives of our freshwater fish.

Until his groundbreaking work, the main group of insects imitated by fly tyers was the Mayflies (ephemeroptera) known for their brief lives and showy "hatches" when the air can be filled with millions of them. 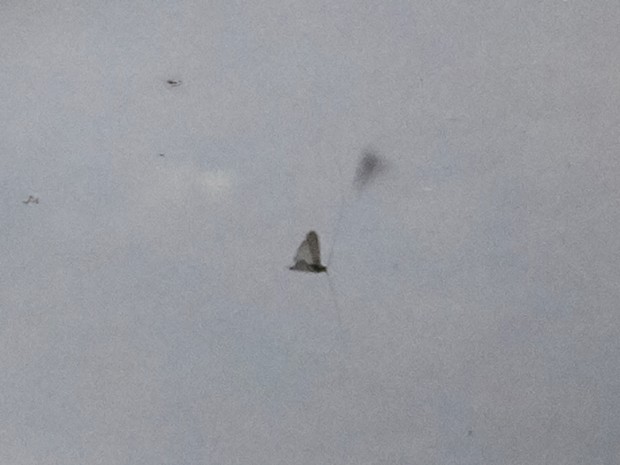 Caddisflies, it seemed, were the answer to those perfect fishing days when the trout should have been jumping at the chance to impale themselves on the fisherman's carefully tied concoctions of hook, feathers and hairs, but weren't. 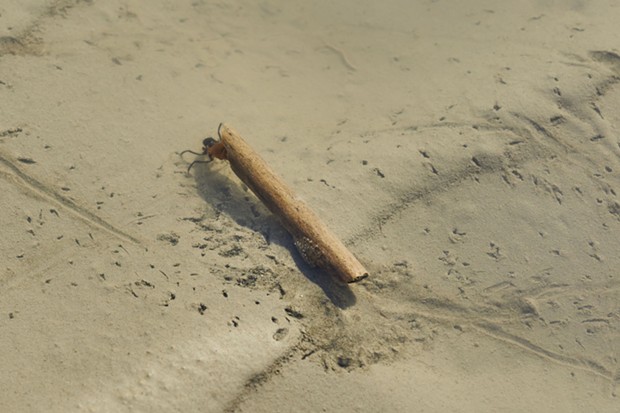 Like most predators, trout are economists at heart. If there is a concentrated food source available, they will choose the easy meal. Among fishermen it is called selective feeding. When this is happening, the fish won't waste energy looking at anything else. Known to fishermen as “sedges,” as adults they resemble small, unlovely moths, were the key. 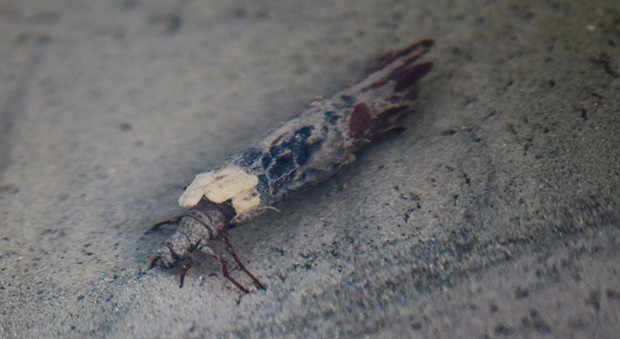 As larva they can spend several years building and carrying around little stone houses, putting away fat reserves for the big day when they break free of the water's surface and fly to meet a mate. As they abandon the security and camouflage of their cases on the stream bottom to graduate to adulthood, they ascend to the water's surface. During this brief transit they are an easily seen, vulnerable, tasty meal. All this action had been taking place beneath the surface as it had for millions of years, away from the eyes of fly fishermen. 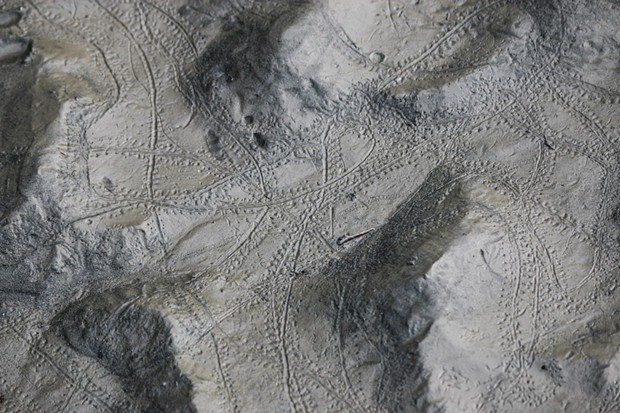 As I watched a hatch of thousands of mayflies at the stream's edge some dark small mothlike creatures unobtrusively danced over the surface of the water out near the middle of the stream. After dozens of exposures, I managed to get one photo of a dark winged specimen with very long antennae, a feature of some caddisfly species.

Here is an article about an artist who introduced some Periwinkles to bling.