September 15, 2019
comment
This summer I have been bemoaning the lack of dragonflies along my stretch of Van Duzen River. The number of species is low as is the number of individuals of the few species I've seen. They just haven't been there. My guess is that they, in their incarnation as aquatic larvae, and their prey have been exposed to agricultural runoff that can contain insecticides, herbicides and other pollutants. I do not have the resources to prove or disprove this, so it is just a very unscientific guess. There are many other possibilities, such as the amount of rainfall we had last winter.

I have seen no gray sanddragons, palefaced clubskimmers, flame skimmers, common whitetails, or bison snaketails, all of which have been common residents hereabouts. 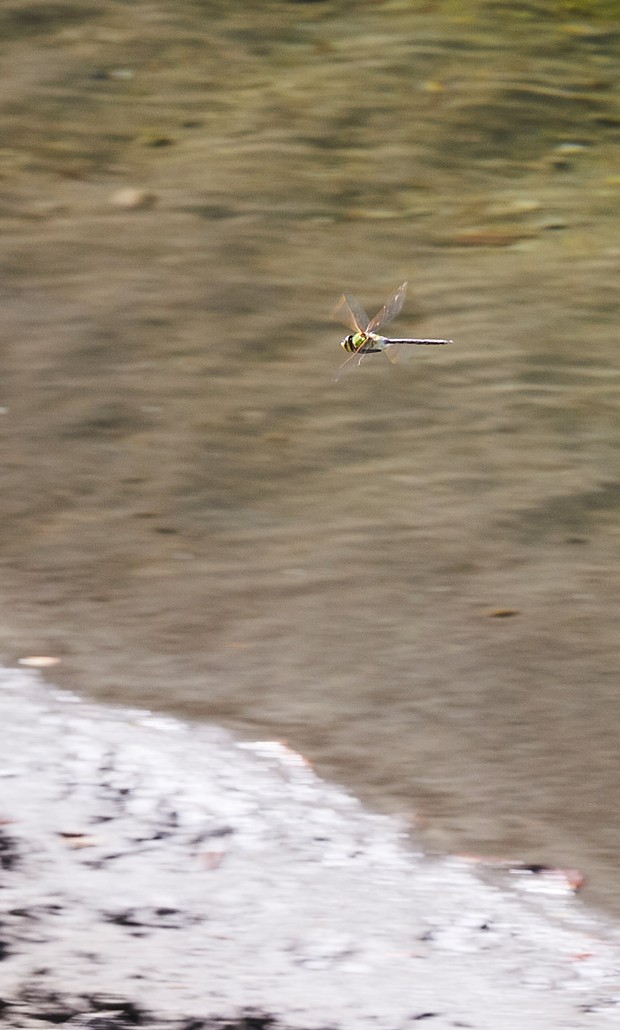 Yesterday the air over the Van Duzen was filled with dozens of dragonflies, patrolling and snatching bugs out of the air. There were two species represented. A few variegated meadowhawks (Sympetrum corruptum) and the greatest number of common green darners (Anax junius) I have ever seen. The former is a small perching species and the latter is a large patrolling one. What they have in common is they are both migratory species, passing through from somewhere else to somewhere else. They didn't have to grow up in our river. The number of green darners may be due to a lack of competition from the locals. 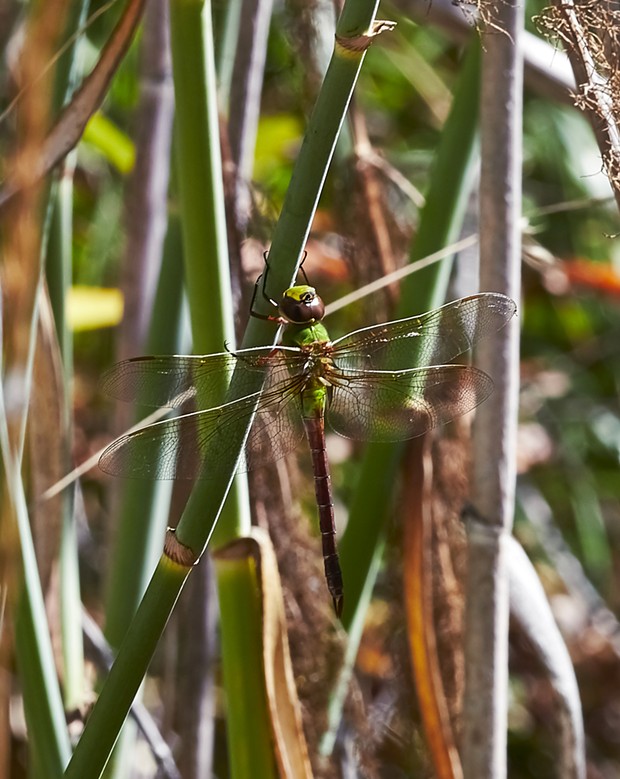 On a much more cheerful note, today, Facebook reminded me two years ago I reported a black burying beetle at my light trap. These beetles (genus Nicrophorus) are unusual in the insect world that both sexes provide for and tend the young as they develop. One visited me again last night. Like the previous one, this specimen was carrying a host of phoretic mites. They're not parasitic on the beetle but hitchhikers from the last and on to the next small dead animal. 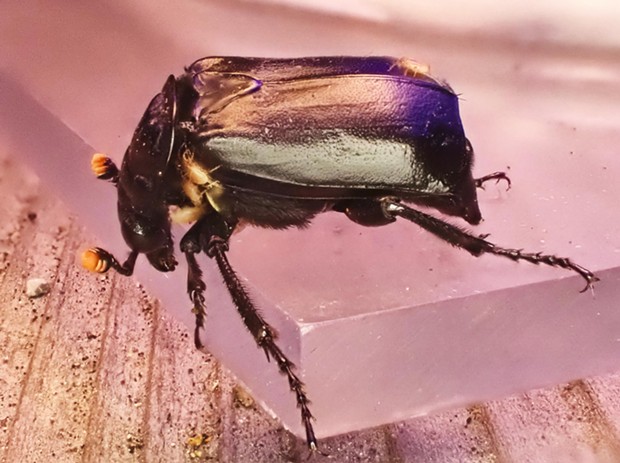 Home maker's tip from your bug guy ... Several overripe pears managed to attract a host of fruit flies into my house. They appeared like magic and got to be annoying, so I set my best trap for them. A bowl with a piece of overripe fruit in the center surrounded by a thick layer of soap suds. They try to land on the bubbles and get trapped. The soap interferes with the water balance in their tiny bodies and they die quickly. I replenish the suds every few hours as they dissipate. Works every time.