September 22, 2019
comment
Walking along the Van Duzen River, we spotted a medium sized black and orange wasp industriously digging a hole in the sand. Although similar in many ways, she was smaller and had a slightly different color pattern than the locally common great golden sand digger. I posted my photo and ID request on www.Bugguide.net and shortly got a reply. This wasp was from the related genus Prionyx, another hunter of grasshoppers. 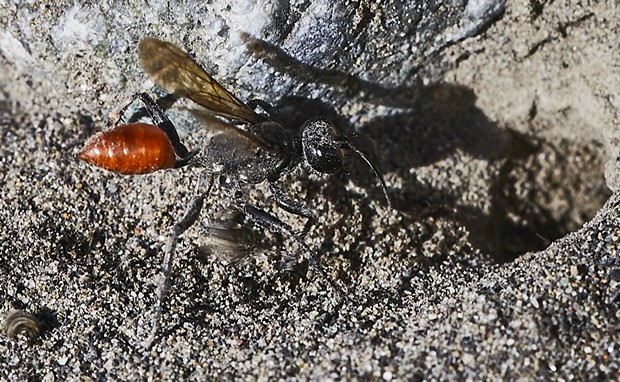 I spotted several species of butterfly including a California tortoiseshell a variety that in some years have had tremendous population explosions. The reasons for this are not well understood. This hasn't been one of those years as this is the only individual I've seen lately. 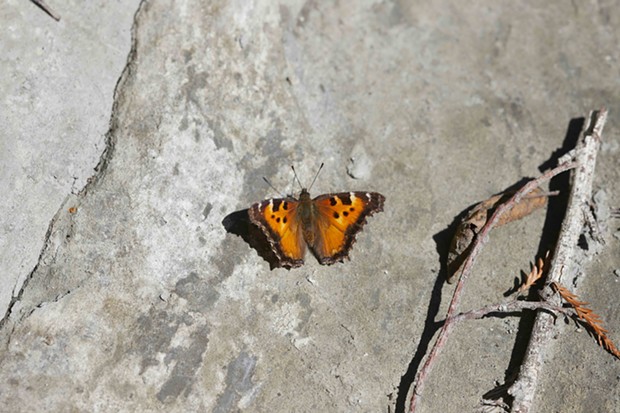 A large darner dragonfly flew up and perched in front of us. I managed to get one good shot before it decided to take off and head elsewhere. Despite my best efforts, the ID eluded me, since the markers I normally look for were obscured by the angle of that single shot. A bit more online help identified it as a Walker's darner, which aren't considered rare but I seldom see them hereabouts. 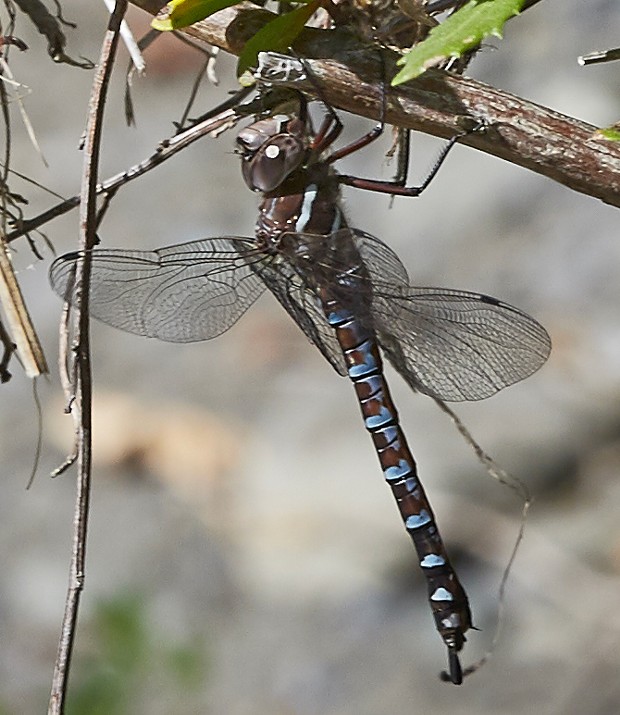 My last image of the day was of a pair of water striders generating ripples in the water's surface to communicate their amorous intentions before getting together.