October 06, 2019
comment
While moving firewood, I happened on a small beetle with an interesting pronatum. Its orange thorax was flared outward. A quick look up in Pacific Northwest Insects showed me it was a handsome fungus beetle” (Aphorista lactus). I've never seen the words "handsome" and "fungus" in the same sentence before. No accounting for taste, I guess. 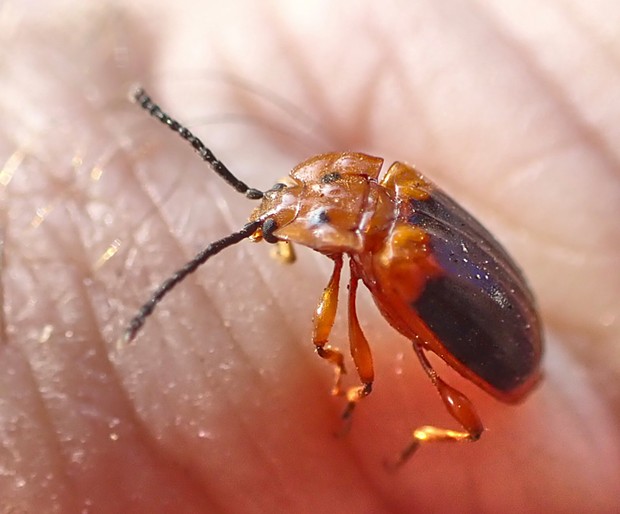 A quick walk down to the river emphasized that the seasons are indeed changing. Most flowering plants are done for the year but the occasional late bloomer still provides sustenance for the insects that are still around. 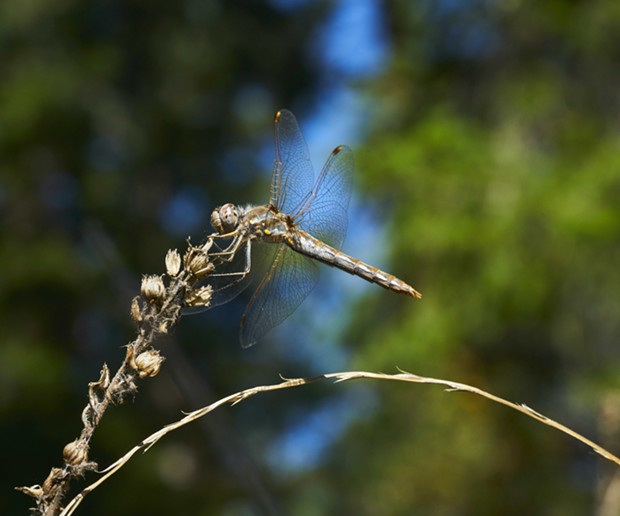 Fall colors are in vogue with the insect world. Starting around this time of year the variegated meadowhawk dragonflies are more subdued grays and less the flashy red and orange plaids of their summer brothers. I wonder if individual's colors change or if they are different throughout their whole lives.

I was delighted to see the return of one of my favorite dragonflies. The pale-faced clubskimmer (Brechmorhoga mendax). You can find them gliding low over the smooth, shallow flats and riffles in the river in the sunny spots, or occasionally resting in nearby bushes. Their black and gray coloration blends in well as they hang in the shadows rather than sunning themselves as most other species do. According to many sources, this is a Southwest species. I guess they never got the memo. 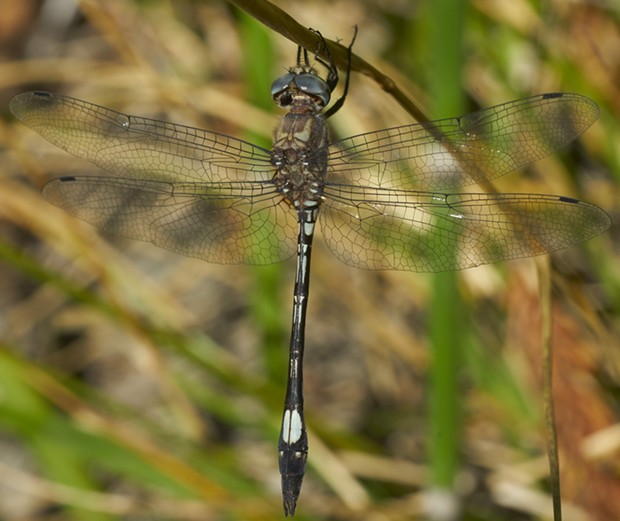 A flash of the brilliant red color only found on the American rubyspot damselfly caught my eye only to disappear when it landed and closed its wings. Even when the wings are open, the camera can't seem to capture the real color exactly. I suspect the red patches on the wings reflect not only red, but blue light and even into ultraviolet range, which is largely filtered out by the filters and lenses I use.