HumBug: Late Bloomers Get All the Action

October 20, 2019
comment
Flowers being few and far between lately, nectar-sipping insects are also scarce. A few straggling rabbit brush plants concentrate relict butterflies, having completed their reproductive cycle living out their lives on instincts alone. I saw five species today, only two of which allowed me to get close enough to take their pictures. Tattered wing margins betray a long and adventurous life for the single American painted lady butterfly (Vanessa virginiensis) I saw. 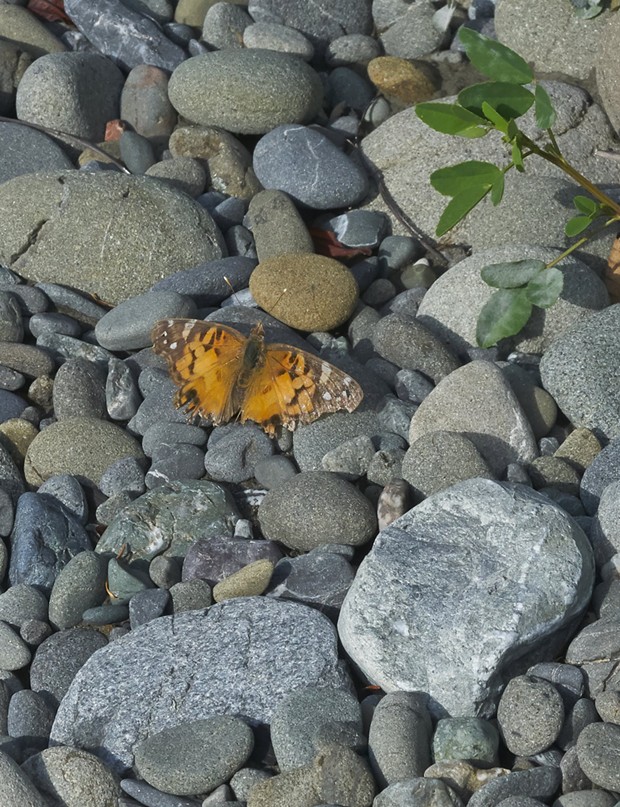 I did see several acmon blues (Plebejus acmon). This tiny butterfly has multiple generations throughout the year. It seems the specimens get progressively smaller with each brood, starting out with wings as large as my thumbnail and decreasing to the size of my ring finger nail by this time of year. 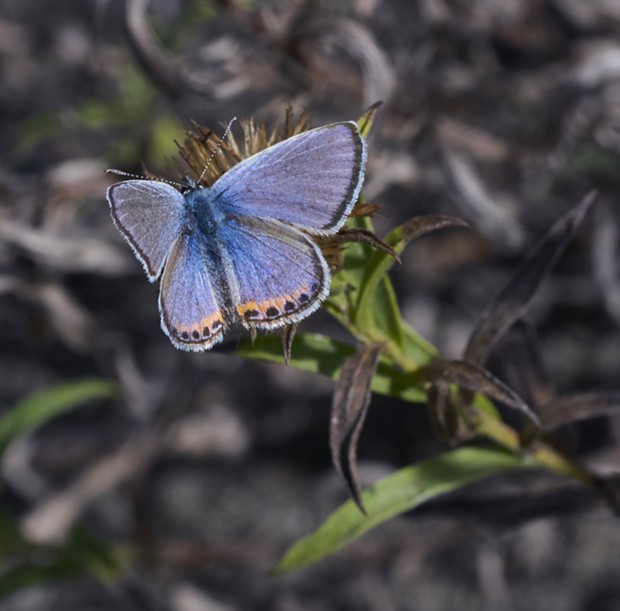 Although the weather has been getting colder and wetter, there were at least two species of dragonfly out, variegated meadowhawks and shadow darners. Both notably late season species hereabouts. 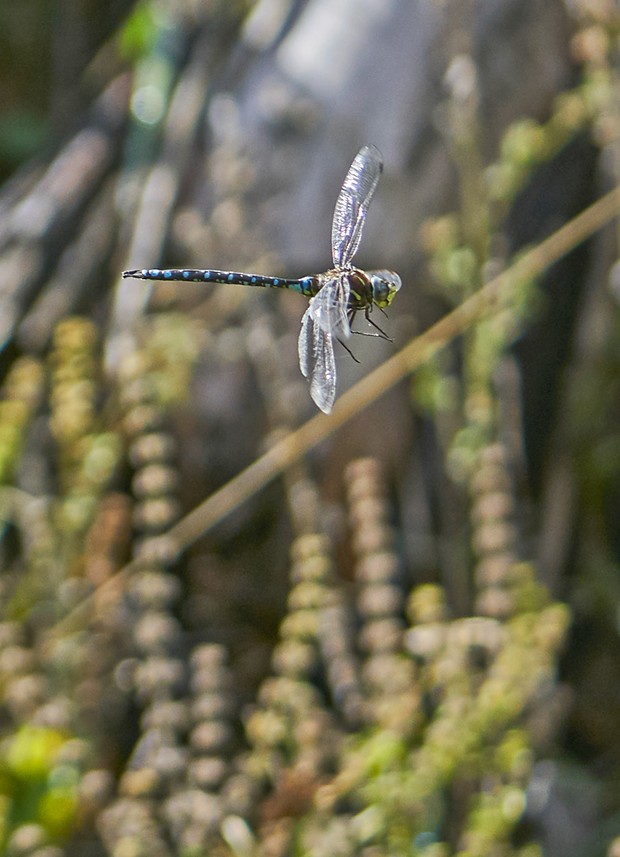 One local native late blooming plant is coyote brush (Baccharis pilularis) which attracted quite a bit of activity from wasps and flies. Two tachnid flies stood out, one with an orange abdomen and the other with a bright yellow one (Xanthoepalpus bicolor).

These punk rock-looking, spiny parasitoid species lay eggs in or on the larva of other insects which their larvae consume alive from the inside out. They can play a significant role in controlling populations of their host species. Like wasps with a similar lifestyle, the adults feed on nectar.