November 03, 2019
1 comment
Being the local “Bug Guy” I was recently asked about a spider that looked “almost exactly like a black widow,” but lacked the distinctive red hourglass on the underside of its abdomen. This is a spider with which I am very familiar. They were nearly everywhere where I grew up in Pacifica, California. I hadn't seen any hereabouts but I was fairly confident what was being described was a female “false black widow” or Steatoda grossa. Although in the same family as the notorious mate-killer, this spider is much less dangerous and is usually timid. Neither are they the typical jet black of the widows, but usually a dark maroon. 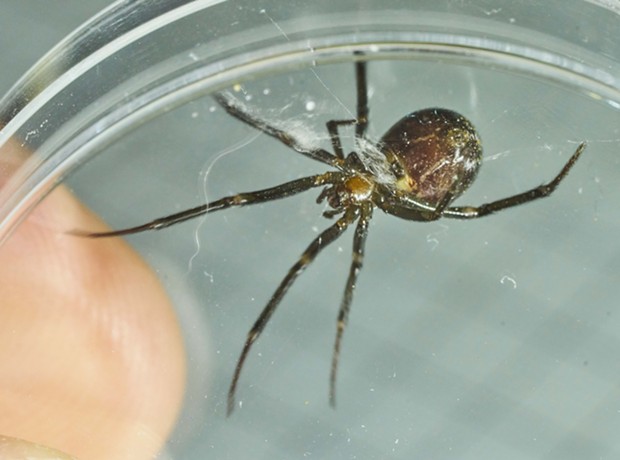 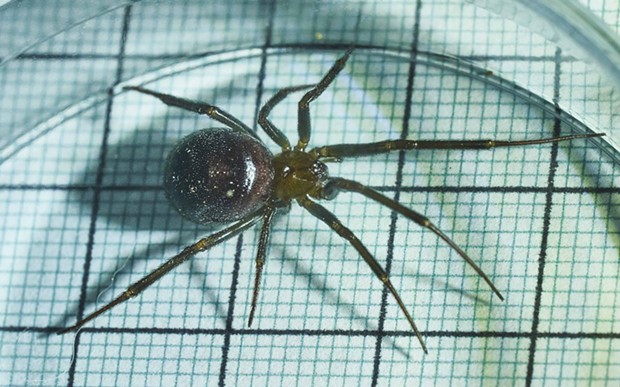 I was discouraged at the time because I didn't have any photos of the species and a tour of my yard didn't turn any up either. That was until two days ago I looked over the door to my bathroom and there she was. I collected her, took pictures and let her go. This is a nearly harmless species which is beneficial in that it destroys other spiders and pest insects. 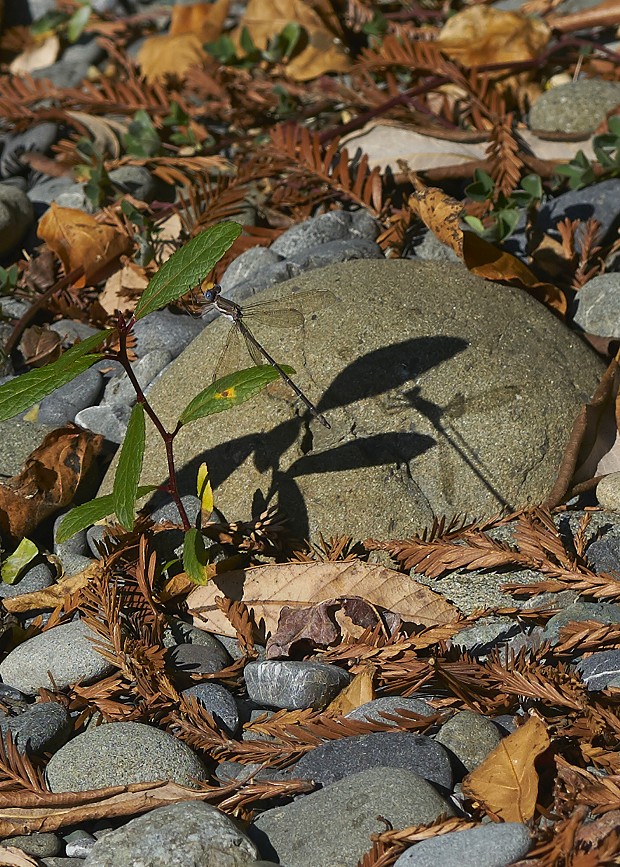 My most recent amble along the Van Duzen turned up several California spreadwing damselflies (Archilestes californica) and a single variegated meadowhawk dragonfly (Sympetrum corruptum) who was too agitated to get a shot of perched, but who did hover just long enough to get a shot of in the air. 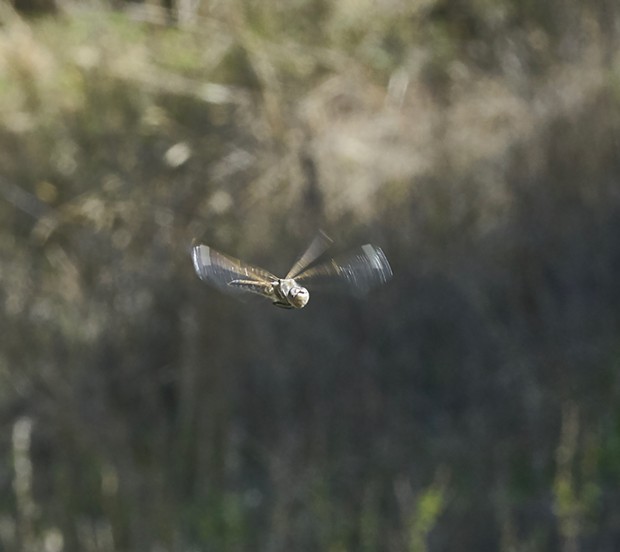 A single Mylitta crescent (Phyciodes mylitta) put in an appearance. The larvae of this cheerful little orange and black butterfly feed mainly on thistles and their relatives. 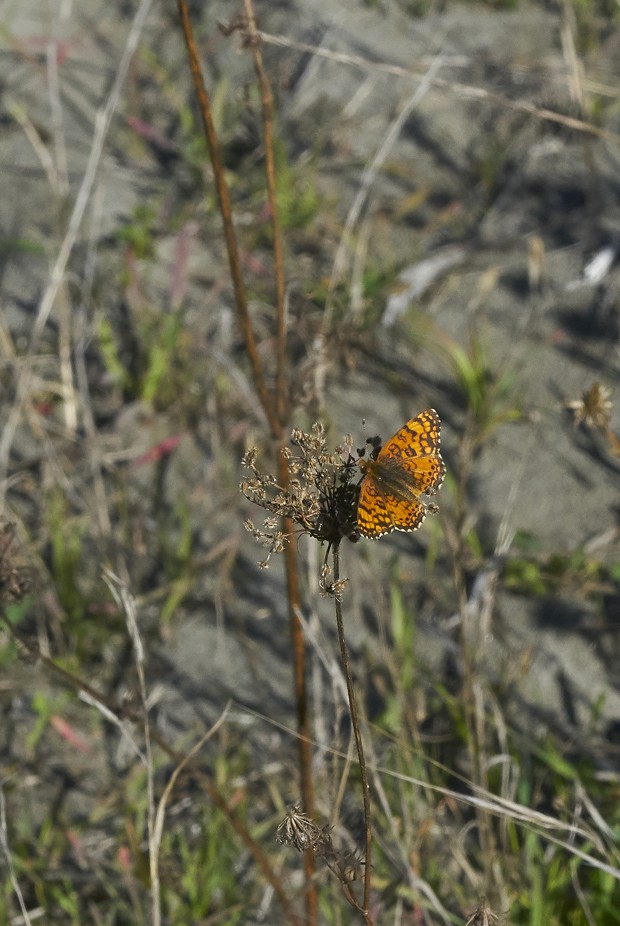