December 29, 2019
comment
I didn't expect to see a lot of insects but it was sunny today so I went for a walk along “my” stretch of the Van Duzen River. I saw exactly two flies, a lone wolf spider and some flying things too tiny and far away to identify. I did see a couple of creatures that depend on insects for their survival, however. One of the creepiest critters I know is the horsehair worm (Phylum nematomorpha). Parasites of grasshoppers and their kin, they're found writhing in ponds or other stagnate water. Very likely the one I saw developed inside a grasshopper, consuming it from the inside out. Once mature, it dominated its host's nervous system, causing it to seek water in which to drown itself, allowing the worm to escape into the puddle where I found it. I am glad to relate they are not a serious threat to humans or our livestock. 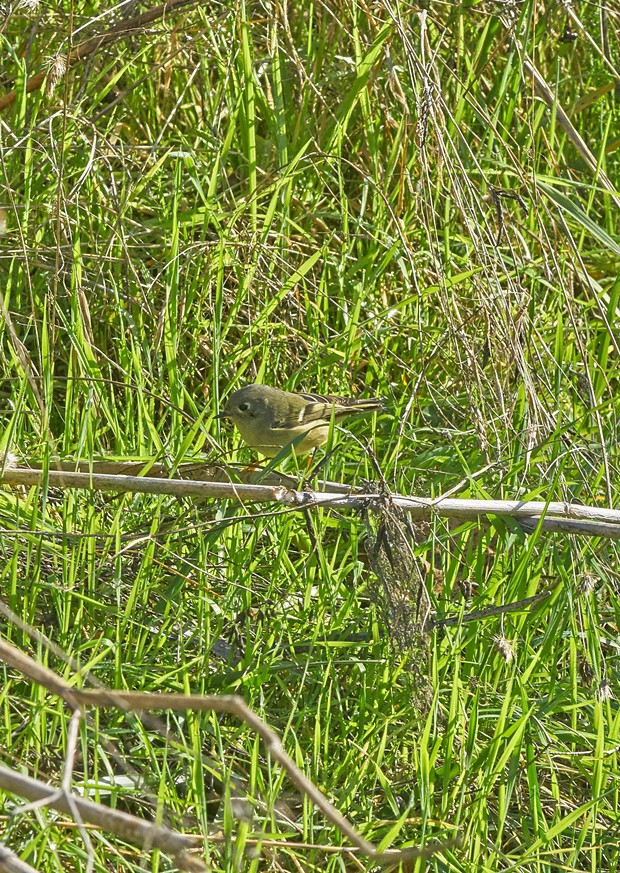 At the other end of the creepy/cute scale, I was delighted to see a ruby-crowned kinglet (Regulus calendula). These tiny, nervous songbirds are constantly on the move, scouring the brush for insects to eat. Recent studies have shown that songbird populations have dwindled throughout North America. Conversion of natural habitat to farmland and the use of neonicotinoid insecticides used to protect our crops appear to be contributors. Apparently it's us or them. 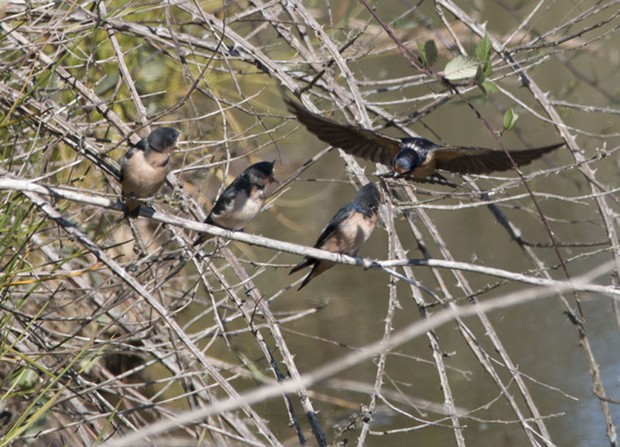 Of course, as soon as I got home and put down my camera, I noticed the sun glinting off the wings of a small dragonfly in my front yard. Although the glimpse was brief,  I am certain it was a variegated meadowhawk, the only dragonfly I know of that endures the cold temperatures and survives our local winters.