HumBug: Three for a Rainy Day

January 26, 2020
comment
With rainy cold days suppressing entomological activity it put my assertion that there's always, ALWAYS something interesting to find outdoors to the test. So, camera in hand, I went looking.

The weather forecast said it would snow down to 1,000 feet elevation, so it was indeed cold out and there was very little activity above ground. But a quick tip of an old cinderblock showed three denizens often found there: a centipede, a Jerusalem cricket and a ground beetle. When fully mature, Jerusalem crickets are one of our most massive local insects. With a range limited to the Western U.S., they have no real relationship with Jerusalem. As I discovered some time ago picking up a bunch of soggy leaves they can bite hard enough to draw blood. That domed head is full of not brains but muscles to drive their massive jaws. The small black ground beetle (family carabidae) is locally common. As with most members of this family it is likely to be predatory, feeding on other invertebrates. 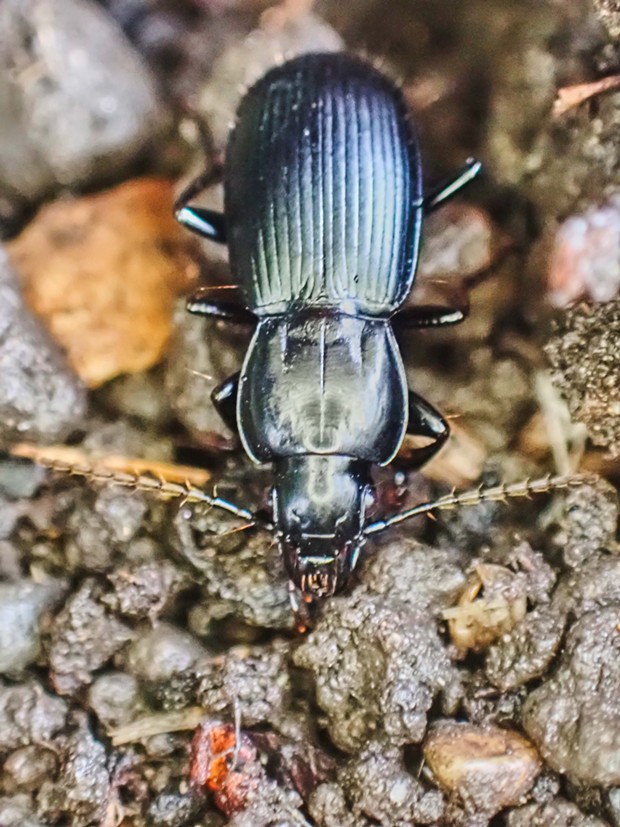