March 01, 2020
comment
Lacquering a dowel, I found half a dozen tiny beetles waiting for the chance to entomb themselves in the artificial amber. These are sap beetles. They are usually minute like this one, and different members of the family (nitidulidae) feed on various things including rotten fruit. Some years ago my strawberry patch was infested with a different species which are known to carry fungi on their legs which they introduce into the fruit, hastening its decay.

Meanwhile, an all black jumping spider was sunning itself on the side of my garage. I'm not familiar with this species, usually seeing the little rust red Johnson's jumping spider hereabouts. 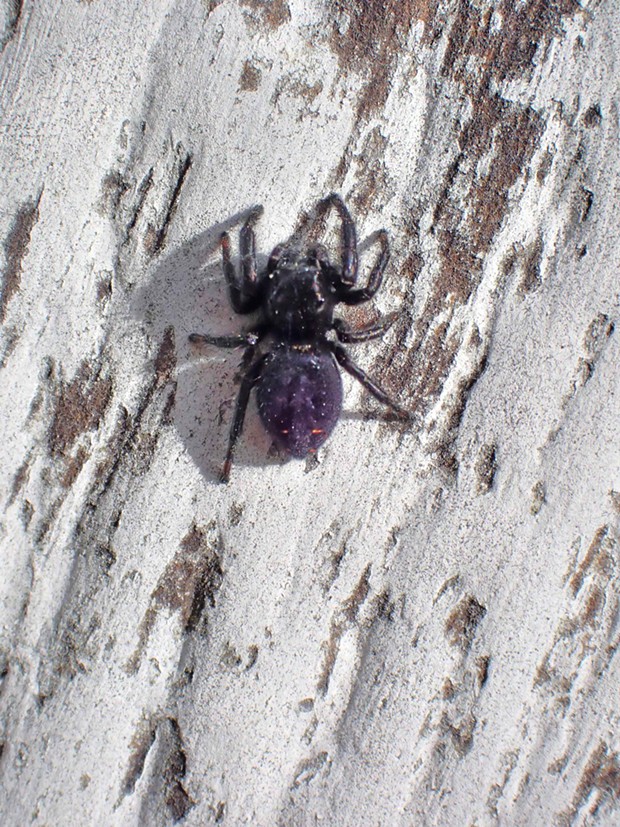 Although I'm not a spider guy, jumpers (family salticidae) are, in my opinion, the cutest of the lot. Fuzzy and quick, the little muggers are about as endearing as an arachnid can get.

I've seen a few yellow jackets or paper wasps patrolling lately. These are new queens looking for a place to start a new colony. Although the adults feed almost exclusively on nectar, they methodically hunt all manner of small insects to feed to their young, especially during the early and middle of their nest's existence. They are certainly a gardener's friend — if left to their own devices, they provide biocontrol and pollination services. 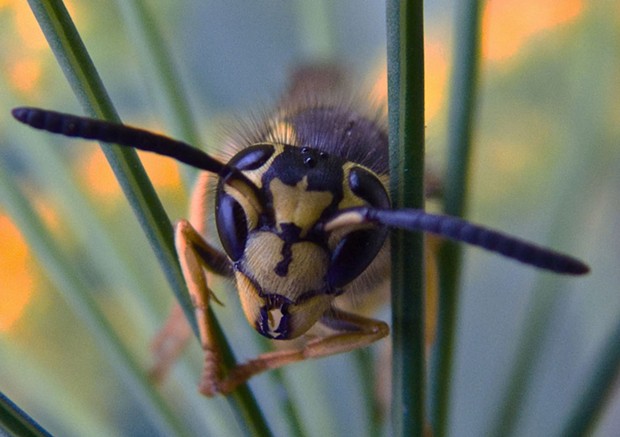 I have yet to be stung during the dozens of hours I've spent photographing them up close. The times I have been stung were understandable, except for once in Milwaukee. I was chatting with a friend outdoors. Unafraid, I watched as one flew in a “beeline” straight for my right forearm. It nailed me on contact. In a few hours my forearm swelled up like Popeye's. The folks at the local ER said they'd seen a few cases where the sting introduced an infectious bacteria. I was given a tetanus shot and antibiotics and sent on my way.