In the most important use of social media since the Arab Spring, a reader informed us that Cherry Blossom Bakery (2940 F St., Eureka) has had croissant doughnuts for months ($2.25). I called ahead to put a hold on the last two of the day (not a bad idea, since they run out quickly). 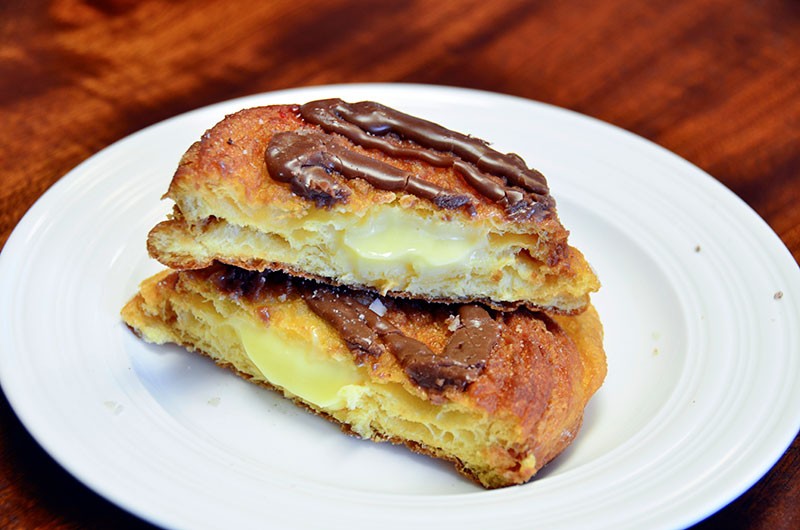 Totally different doughnut. Instead of puffing up all springy and poofy, these are flattened and heavy. Don't be put off — they are also buttery and rich, filled with thick, eggy custard and topped with chocolate glaze.

According to the lovely woman who bagged up the pastries, the baker occasionally gets "a wild hair" and experiments. This week's yield is a Cherry Log, filled with cherry pie filling, glazed and dusted with cake crumbs, and a chocolate-glazed doughnut that's fried with slightly salty peanut butter inside ($2.25 each). Pick up the latter if you have a pregnant woman in your life. But she's going to need a glass of milk and to turn off her phone first — it's a mouthful.