How French is the Dip? 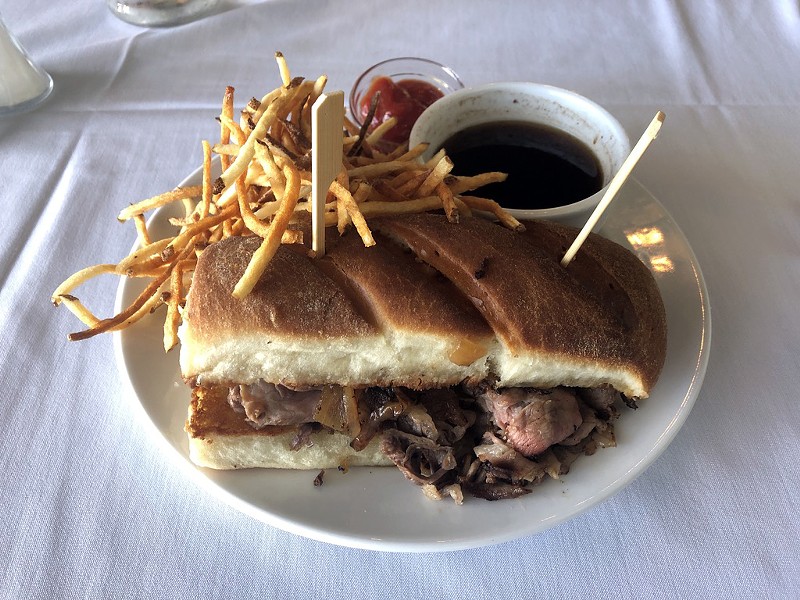 In the long list of things we call French — like fries (probably Belgian), toast (the Romans were already onto it by the fifth century) and manicures (possibly French but unconfirmed) — the French dip sandwich is a low-key champion.

Is it French? No, it is not. Except in its soul. Hailing from Los Angeles and named for the bread on which it's served, the dip comes with a side and/or a soaking in au jus, which is a French term, non? And does it not lend itself to a long midday meal? Oui, mes amis.

Nowhere is its accent more convincing than at Le Monde (2850 F St., Eureka), where it only shows up for lunch on French Dip Fridays ($13). The housemade bread is not a crusty baguette but a soft, toasted roll in which caramelized onion and paper-thin sliced prime rib are tucked. The meat, pink in spots and edged with browned fat, doesn't need the au jus, juicy as it is and with the sweet onions. But there it is, deep brown in the little bowl and so you dip and it's that much lovelier for the boosted meat flavor without much saltiness at all. There is no cheese, no hot mustard or horse radish here, but they're hardly missed when you're eschewing ketchup and dipping crunchy shoestring fries into au jus. And if that's not already a French custom, it should be.