April 10, 2021
comment
Local coffee purveyor Muddy Waters Coffee Co. has a fan. Last year Metallica guitarist Kirk Hammett's people reached out to say he's been ordering the coffee online and wanted to collaborate. Muddy Waters owner Chris Nicholas, who's been running the business on his own since the pandemic started, was up for it. Enter brand-man. 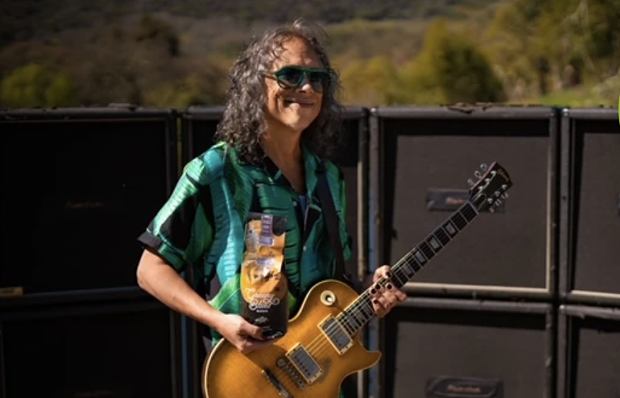 Hammett's team came up with the name Greeny's Blues, after his Greeny guitar, purchased from Peter Green of Fleetwood Mac. Nichols sent seven samples from which Hammett chose one. "It was a long process because he's traveling all over the world," he said. So far, some 2,500 of the $20 12-ounce bags have been produced, 100 of which were presold with autographs. Hammet's plan, according to Nichols, is to donate a portion of his share of proceeds to Crew Nation, which provides financial help to folks who work live events and have been unemployed due to the pandemic.

According to the Muddy Waters website, Greeny Blues is "a dark roast that's 100 percent organic, fair trade certified and so damn good you'll drink it black." Nichols says he's looking into a supermarket version and potentially another monster-themed collaboration with horror enthusiast Hammett.

As for his own fandom, Nichols says that while he's not a huge metal head, "I grew up in '80s so I definitely listened to a lot of Metallica."