November 05, 2022
comment
The menu on the side of the Humboldt Bay Burger truck parked at 14th and Broadway in Eureka since the end of last month is long — the more than 80 items (not including drinks) are a challenge to the decision averse and, in the case of the sandwiches at the top, the short. But if you ask, co-owner Leobardo Rivera will lean on an elbow at the order window and help you narrow it down. 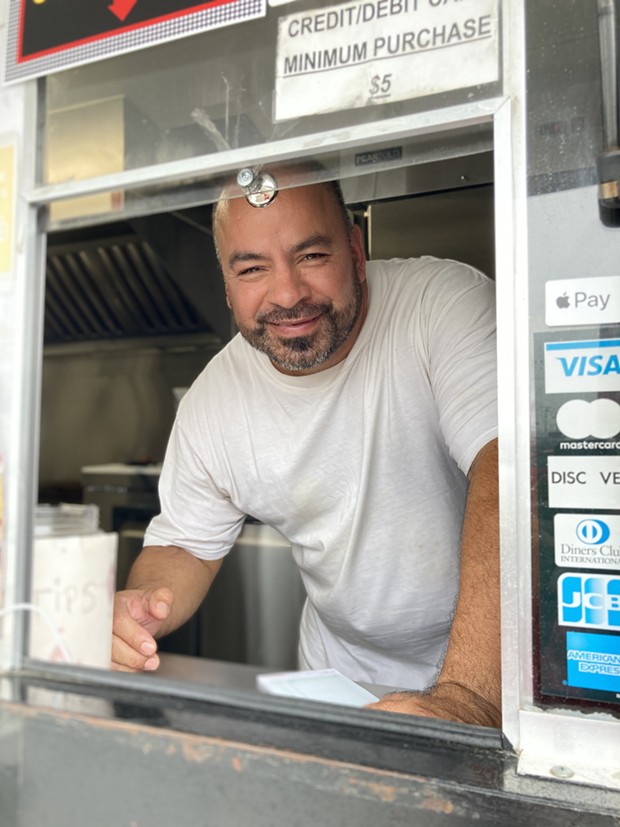 Rivera, who owns the business with partner Juventino Cabrera, offers some breakfast items and salads, but mostly burgers and sandwiches, including a hefty list of grilled cheese offerings. It’s what he knows best after years of cranking out orders at diners and chains like Denny’s and IHOP. Originally from the city of Zacatecas in Central Mexico, he says he came to Humboldt for work in 1995, starting out as a dishwasher before moving into the kitchen. “I never worked in a Mexican restaurant — I don’t know how to make Mexican food,” he says with a laugh. 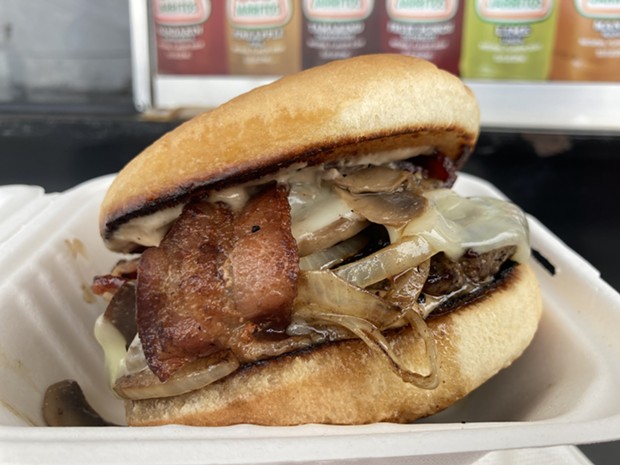 But sandwiches and burgers he has down. “Everything is easy,” he says, explaining how he swaps toppings, fillings and sauces for variations on a handful of proteins, breads and buns. “I don’t waste very much food.” And so a little sauce and grilled pineapple turn a blended beef and pork patty into a Hamburguesa Al Pastor. Once he has a handle on what sells best, he says he may whittle the menu down some. 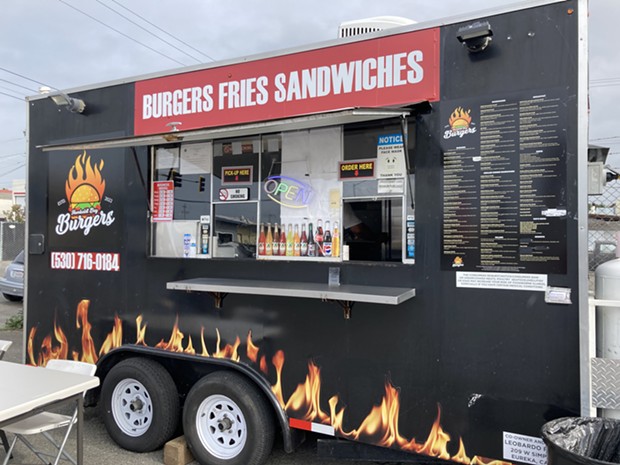 So far, the Cowboy Burger, topped with onion rings, bacon, Swiss cheese, lettuce, tomatoes and house sauce is a popular order. Another big seller is the Smokehouse Burger with Swiss cheese, grilled onions, house sauce and mushrooms. Sourdough is put to its crustiest and most noble purpose on grilled cheese sandwiches like the simple cheddar item or the Jalapeño Popper Grilled Cheese, a happy, melty mess of pickled jalapeño slices, pepper jack and cream cheese. 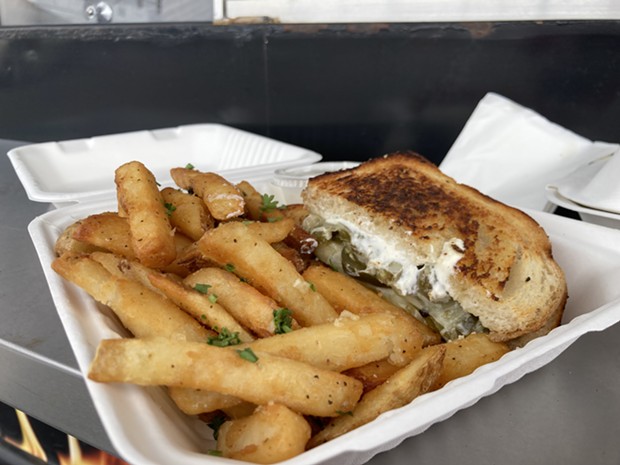 The thick, crusty, skin-on garlic fries alone are worth stopping for, golden and downright creamy. Thankfully, Rivera doesn’t lose a single fry tossing them in oil and chopped fresh garlic before shaking them into a takeout box. The surprise at the end of the menu is Arora Almador’s dense, rich flan, dark with caramelized sugar and none too sweet. 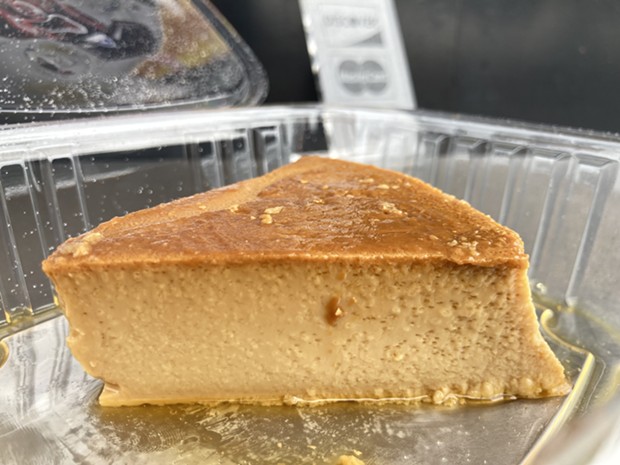 With help from family members, Rivera is prepping in a commercial kitchen at Redwood Acres Fairgrounds and working the Humboldt Bay Burgers truck daily from 10 a.m. to 7 p.m. for now, trying to build up a customer base. It’s a lot of hours but he says he spent so long working hard for other people, he’s happy to work for himself at last. “Later on, I might take some breaks.”