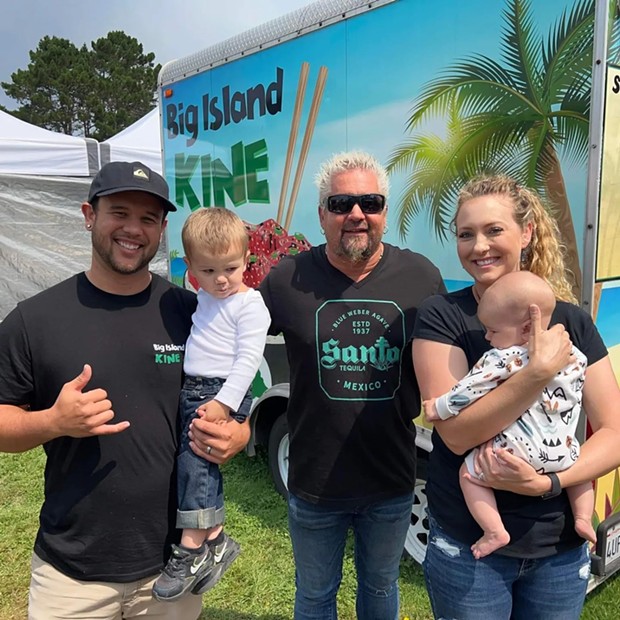 "Guy Fieri pops into a poke truck he found at the Ferndale County Fair for some island-inspired flavors," according to the teaser for the episode on the Food Network website, which also features recipes for the truck's popular California Dreamin' and Sweet Heat bowls. We know, it's the Humboldt County Fair.

Owner Isaiah Yamamoto says, "I was nervous when we were filming and now I'm nervous again." Filming the Big Island Kine segment on the last Saturday of the Humboldt County Fair took about an hour and a half, and he only got word the business would be included a few days earlier. "It's all kind of a blur." Yamamoto and his family haven't seen the show yet but they'll be tuning in together Friday.

As for having his recipes online for all to see, he says, "It's a little bit of you know, that's my bread and butter," but he's not too worried.  Just because they have the recipe doesn't mean customers don't prefer to have something made for them, and there are plenty of specials to keep them coming back, he says. "I give it that special touch."