Last night, while many in Humboldt were out partying to celebrate the swearing in of our new prez, I stayed home with my wife Amy to watch the Inauguration Balls on TV, on MSNBC to be exact.

Amy imagined we might see some of the top-flight bands playing, but that wasn't what MSNBC offered. While waiting for Barack and Michelle to make their way from one ball to another, commentators talked politics, or about Michelle's gown, or cut to "reporters" doing red-carpet style interviews with whatever celebrities they could coax into camera range.

Eventually the Obamas would show up and Barack would give a short inspirational speech, never exactly the same, but with the same general message along the lines of thanks for hiring me, and let's pull together to make this thing work.

Then he would excuse himself announcing he was going to dance with his wife. At that point some band would break into the Etta James classic, "At Last." The routine repeated ball to ball, like something from Groundhog Day , always leading to a slow-dance to the strains of "At Last," sometimes with Michelle tripping over the long train on her gown.

Most music fans only know the song because Beyonce did it in Cadillac Records , the recent movie telling the story of Chess Records. I imagine she sang it at one of the balls , but I didn't see it. I heard Etta herself sing it at the Jambalaya and a couple of other places. It was always a showstopper. I'd have to say, in a weird way, it was an appropriate choice for last night. We have a new president — at last.

At last, my love has come along
My lonely days are over
And life is like a song
Oh, yeah, yeah, at last
The skies above are blue
My heart was wrapped up in clover
The night I looked at you

I found a dream that I could speak to
A dream that I can call my own
I found a thrill to press my cheek to
A thrill that I have never known
Oh, yeah yeah, you smiled, when you smiled
Oh, and then the spell was cast
And here we are in heaven
For you are mine
At last 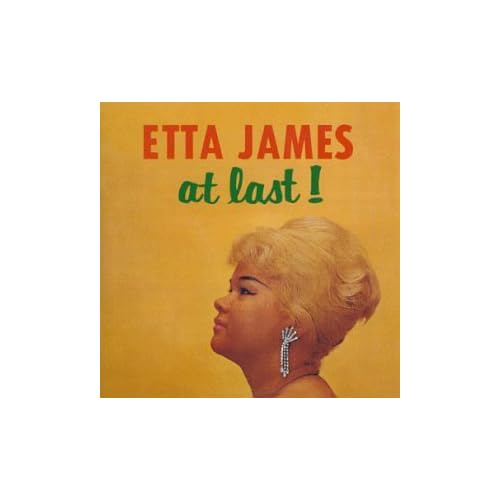