More Pot Than You Got 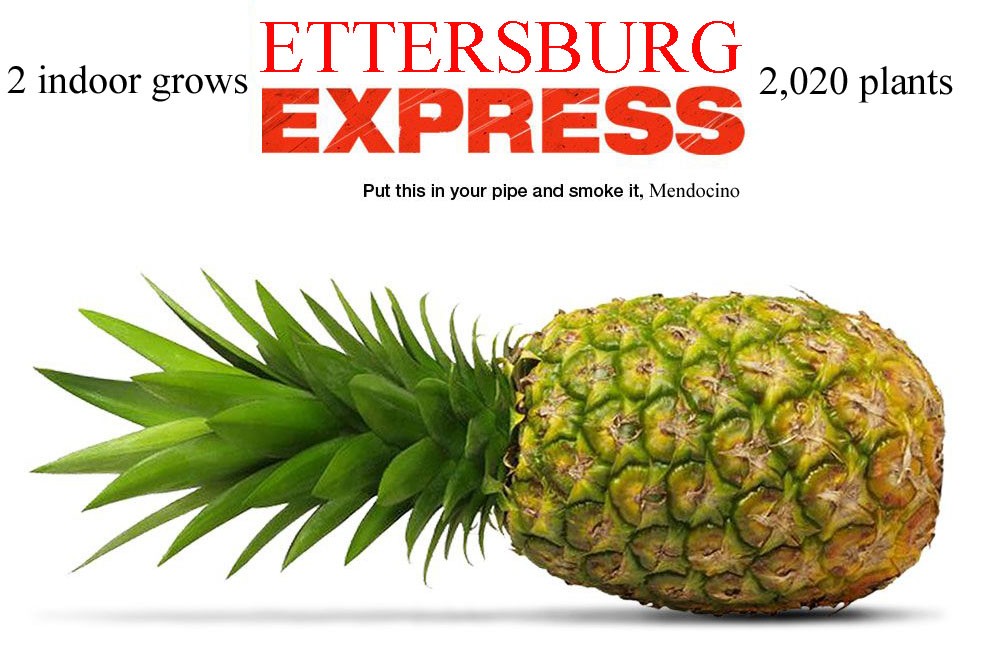 For shame, you other California counties: A team of Humboldt County drug cops yesterday busted out more live pot in one day than you all could ever hope to find in a year.

Well, maybe Sheriff Gary Philp didn't mean to sound boastful in the news release he flashed out this afternoon about the 2,020 growing marijuana plants scooped from two properties out in Ettersburg and Shelter Cove yesterday. And yet:

"This amount is higher than the amount of indoor marijuana plants seized by many counties in California in a year."

The cops served three warrants. The lowdown, from the release:

Arrested: Peter Mathias Gray "for cultivation of marijuana, possession for sales of marijuana, and being armed with a firearm in the commission of a felony."

The news release says there might have been diesel spills here, and the Humboldt County Division of Environmental Health is investigating.

Both of these grow sites were located near tributaries to Blue Slide Creek, which feeds into the Mattole River.