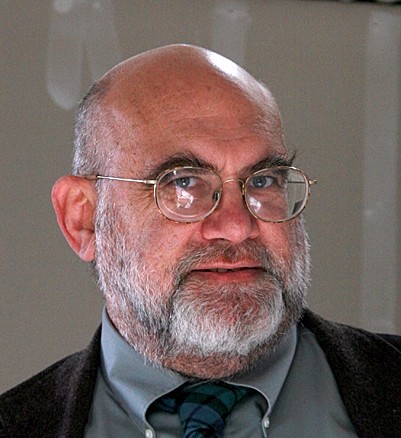 It was a month ago when we posted news here of the death of medical marijuana advocate Eric Heimstadt. The short note has been among our "most read" since. An official obit came today with word of a memorial at the end of May at the Wharfinger.

You see a man with his eyes set
His head on a bias like, his teeth acting like a mule
Well you know he’d just as well hang your guts on a fence post as say
‘great day in the morning’
Well he a gun fighter
Proud and feared of nothing
Because there ain’t nothing walk on this Earth he’s got to bow down to
Not a man don’t tip his hat
Not a boy don’t know his name
Ain’t no place he ain’t welcome
Because with a gun fighter around trouble just naturally stay away
- Cat Ballou

Eric Vaughn Heimstadt , 60, was born on April 9, 1949 in Lansing, Michigan to Haline and Bud Heimstadt. He passed away on April 17, 2009 surrounded by family and friends at his place of residence in Eureka, California from B-cell Lymphoma.

Although Eric was born in Michigan, he lived most of his life in California.  He loved the Golden State. He graduated from North Hollywood High School, where he met Laura beginning a decades long friendship.  Eric met and married Pamela and moved to Fortuna where his daughter Dianna was born.  The family then moved to San Diego for 10 years until their return to Humboldt County in 1999.  It was then that Eric started (and later sold) Humboldt Patient Resource Council and in 2002, refined his vision of a Medical Cannabis dispensary with Humboldt Medical Supply.
The proud owner of Humboldt Medical Supply, LLC and a certified alcohol and drug addiction counselor (CADAC) spent the past 13 years of his life advocating sensible regulations and standards for legal medical cannabis production with a mission to consistently provide safe and affordable access for seriously ill patients to medicinal grade Cannabis. Compassion for the responsible patient remains the HMS motto. Humboldt Medical Supply will continue his good work and carry on his legacy.

Eric dedicated all of his personal drive and energy into the pursuit of the HMS, LLC mission to help patients in need. This passion was only superseded by his role as a father. He spoiled his beloved daughter with immense affection and Dianna will miss him terribly.

His accomplishments mirror his life motto, "My heart is pure, there for, I have the strength of ten."  A devoted child rights activist, Eric believed that action always speaks louder than words. One of Eric's most remarkable qualities was how much of his skill and learning was self-taught. Passionate; and with unforgettable presence, this hairdresser, skilled mountaineer, chess player, rock music lover, computer guru, sushi connoisseur (as illustrated by his signature sushi shirts), blogger, and avid sci-fi fan seemingly led the lives of ten men.
He prided himself in his ability to overwhelm the overwhelming, to cleverly infiltrate cross-sections of our community in order to build bridges for common good, and to overcome all adversity. Eric's diabolical persona and compassionate nature will remain legend for all who knew him.