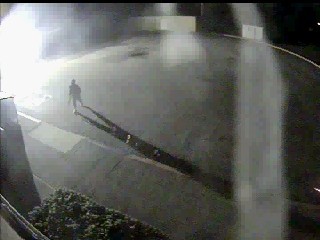 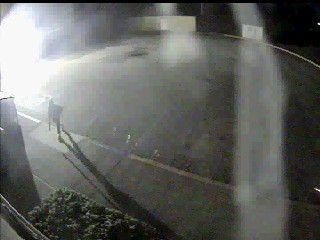 The task force has determined that the fire was indeed caused by arson, though no arrests have been made, according to the latest press release.

The individual appears to be wearing a backpack and carrying a baseball bat -- at least that's how the task force sees it. Frankly, it's hard to make much out. Humboldt County Sheriff's Office Spokesperson Brenda Godsey said this is the highest resolution available for the photos.

The same school was the victim of another suspicious fire on the night of Nov. 24, 2008. No arrests have been made in that case either. Authorities have not determined whether or not the two are connected.

For comparison's sake, security camera stills from the night of the 2008 arson were also released. (Click "More" to have a look.)

Tuesday's fire was started sometime before 11 p.m. Anyone with information about either case should call the Humboldt County Sheriff's Office at (707) 445-7251. 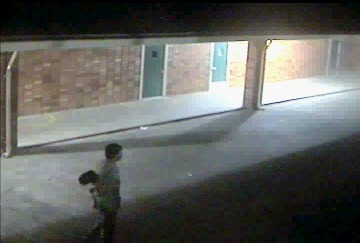