So reads one of the many picket signs on display at the county courthouse this afternoon as a mass of Humboldt Tea Party Patriots gathered for one of many tax day rallies nationwide. Our man Andrew Goff is in the field and submitted this vid of the launch.

Goff estimated the crowd at approximately 250. Some pics:

This probably means nothing, but it's amusing nonetheless: Last night at the Humboldt County Democratic Central Committee meeting, Eureka Mayor/candidate for 4th District Supervisor Virginia Bass sought to distance herself from conservatives by professing her support for same-sex couples and her opposition to the wars in Iraq and Afghanistan. Now, note the "This little piggie" sign on the left here.

And note what it was written on.

And in a quiet, possibly even unnoticed show of counter-protest, former Arcata City Councilman Dave Meserve crunched some numbers: 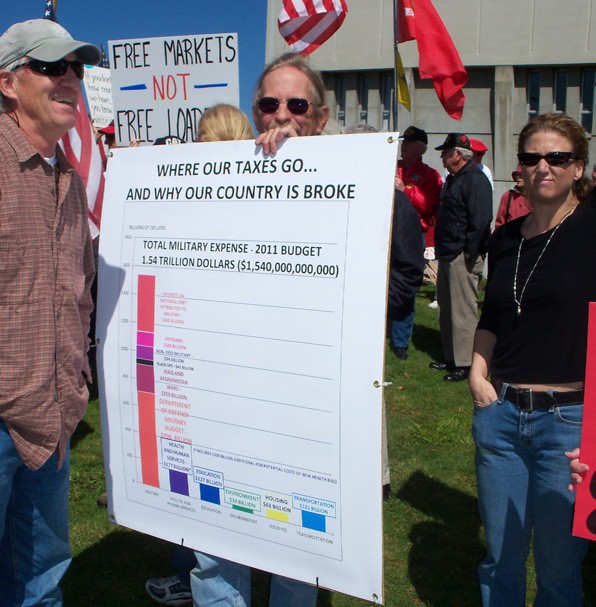 And finally, a statement upon which we can all agree: