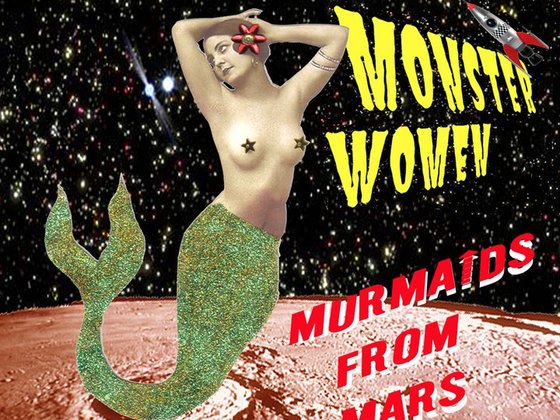 Have you ever dreamt that gorgeous local folk chanteuse Lila Nelson would write a song just for you? Uh, der. Of course you have, just as you've no doubt fantasized about being pals with the cool kids in electro-Martian pop trio The Monster Women -- y'know, eating dinner out with 'em, showing up in the background of a music video, maybe staying up late together on a weeknight to watch Japanese sci-fi movies and make banana/M & M waffles. Oh coolness, you elusive minx.

Or perhaps not so elusive?

Both of these badass musical acts are offering wish fulfillment in exchange for music video patronage (aka "scrilla," aka "cash money"). Through a website called kickstarter.com they're attempting to raise $5,000 apiece for new music videos, to be directed by local filmmaker Maria Matteoli. The waffles 'n' movies night isn't among the incentives, sadly, but everything else listed above is, along with a few delights even our twisted minds hadn't conjured: Pledge $300 bucks to Lila Nelson and she'll shower you with VIP goodies and then personally cut your hair. (Rad!) $500 to the Monster Women will earn you that dinner out and a cameo in the vid. (Here I come, social cache!)

Matteoli sent us an e-mail alerting us to these concurrent Web-drives, which end later this month. If they don't make their goal, no videos. The Shanty will host a Monster Women concert and barbecue on Sunday, July 18 to assist the effort.

Emo Joes on the hipster fringe might argue that you can't buy coolness, that money may get your name in the credits but it won't make you, like, a more authentic person or anything. They may have a point, but I bet their hairstylists can't sing for shit.