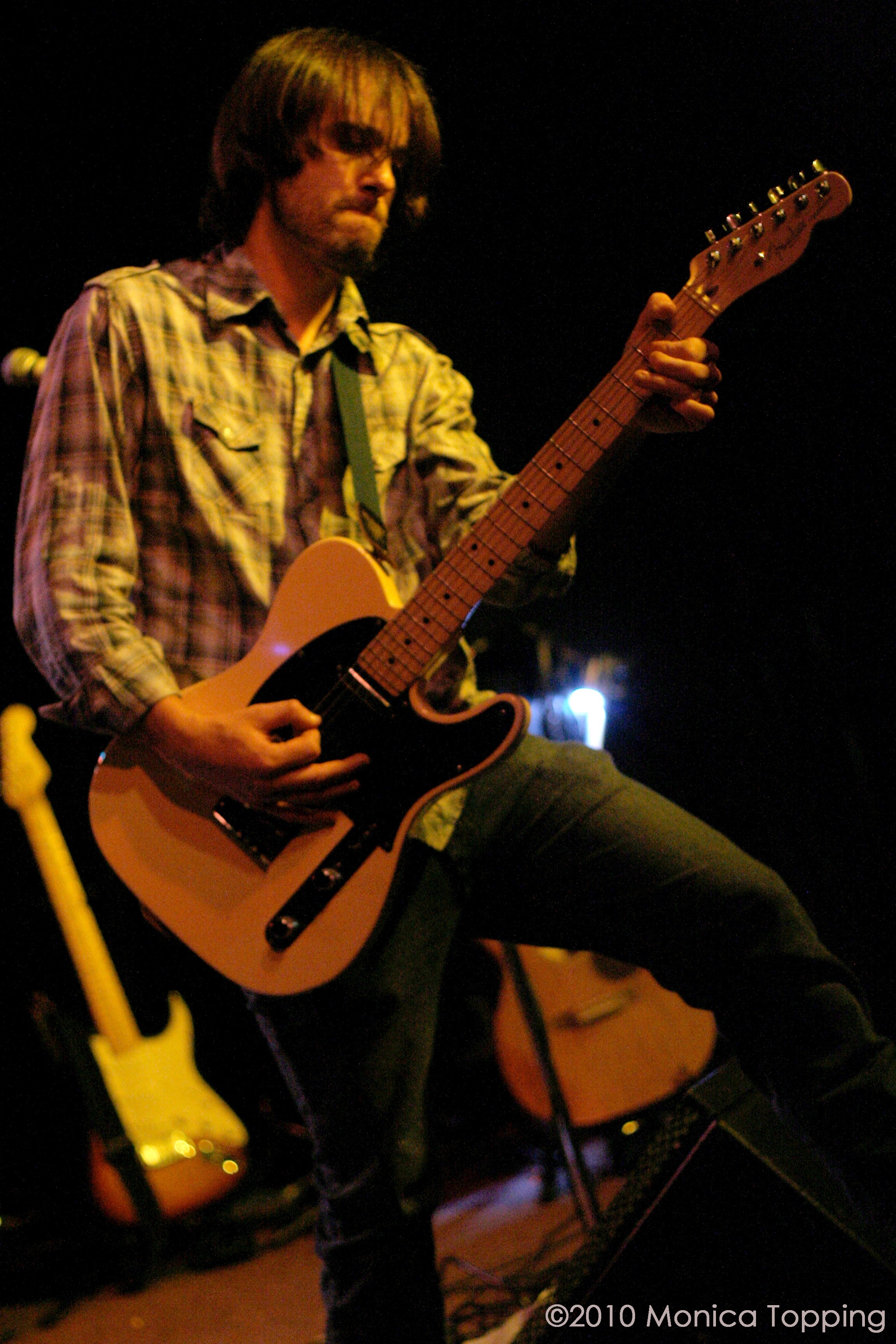 As Bob Doran mentioned in The Hum this week, this was a big weekend for tribute bands. Friday night, Journey Unauthorized was out in Blue Lake for the casino's motorcycle run, and at HumBrews, Full Moon Fever and the Solitary Men came together for a night of classic rock (Tom Petty and the Heartbreakers) and shmaltz (Neil Diamond). Solitary Men (and Strix Vega) bass player Andy Powell suggested on Twitter that it would be a flannel vs. sequins showdown.

As it turned out, only one member of the Solitary Men wore his sequined shirt (Powell), and I don't think any of Full Moon Fever wore any flannel, though cowboy boots and a velvet shirt were present. The crowd sang along to both bands and tended to keep the chatter down, at least until the end of the show when the Full Moon Fever guys started getting to their Nucleus roots -- half the band is members of that group -- and got a little bit jammy on their Petty covers.

Saturday night, on the heels of Weezer announcing that they will be touring their Blue and Pinkerton albums in the next few months, Wepeel performed songs from those albums at the Alibi. The band, which only covers songs from 1994-1997-era Weezer, played as a three-piece, which did limit their scope a little bit (Pinkerton definitely requires a second guitar player, and Wepeel's was unable to make it up from the Bay Area for the show), but technical difficulties were overcome and mosh pits broke out a couple of times. Sadly, lead singer CJ's Buddy Holly glasses frames fell victim to one of the mosh pits, during which an audience member fell head-long over a monitor and landed on the band.

Photos of the three tribute bands I was able to catch this weekend:

(For shots of the Interlopers, who played with Wepeel at the Alibi, visit my website, RadioRadioHumboldt.com)