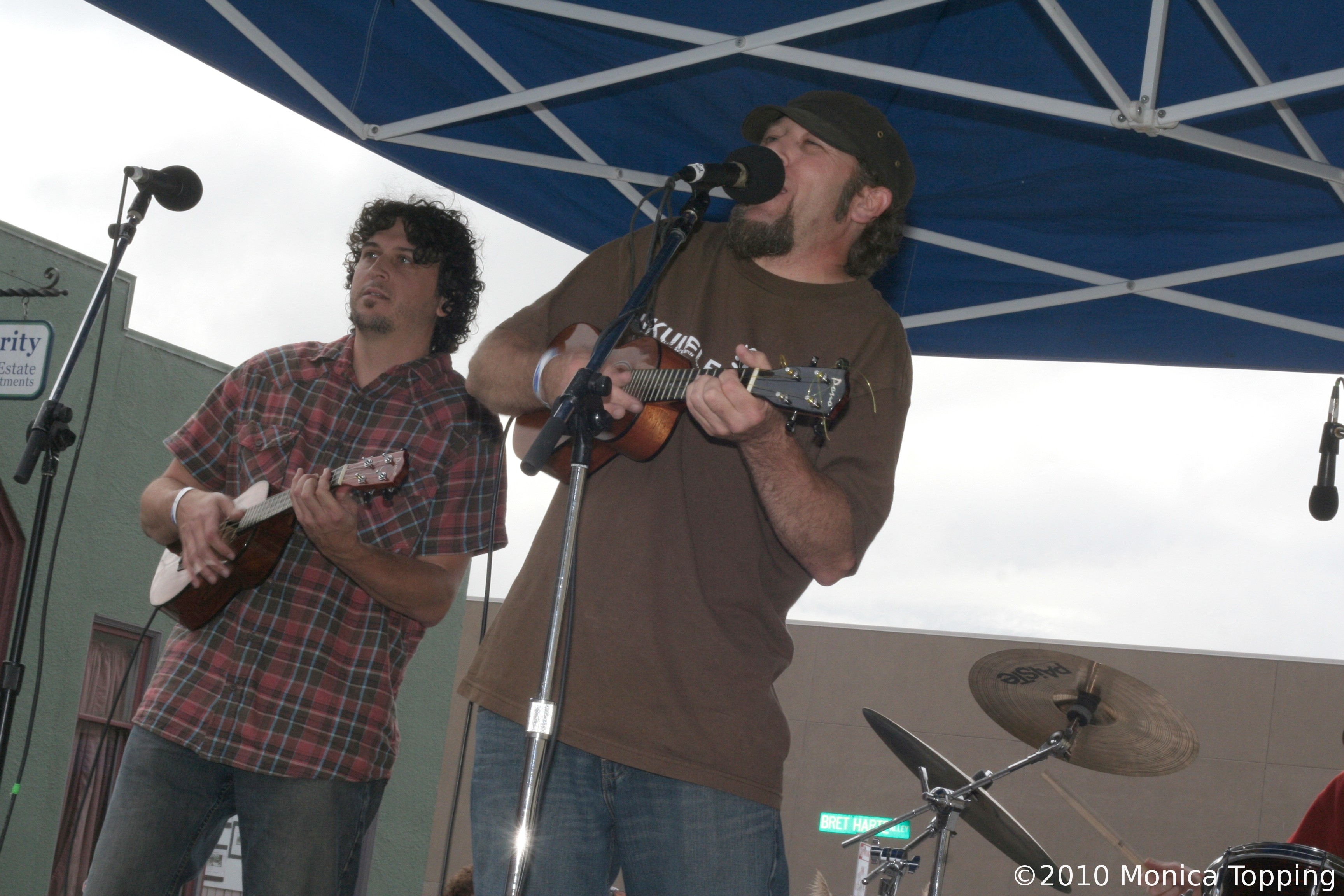 By the time Sunday rolled around last weekend, it seemed like most folks had had enough of being soaked to the bone on the Arcata Plaza, but the ones who stuck out the weather were in for a slightly overcast treat, late in the afternoon.

Ukesperience played on the Garden Gate stage at 9th and H Streets, and were joined by their new bass player, Rick DeVol -- the band's original bass player, Tim Johnston, was in town for the weekend, but elected to experience the band from the crowd's-eye-view. Friend of the band, Tommy (whose last name escapes me, but who used to play drums with Vinyl) sat in on drums.

Ukesperience's old motto was "No guitars!" but with the addition of DeVol on electric bass, they've definitely taken on a little bit more edgy sound.

According to the band's website, the next two shows they'll be playing are the first Fridays of November and December at Six Rivers Brewery. You can hear their song "Float Your Boat" on the music player at Radio Radio Radio, and they also stream a number of their songs at Ukesperience.com.