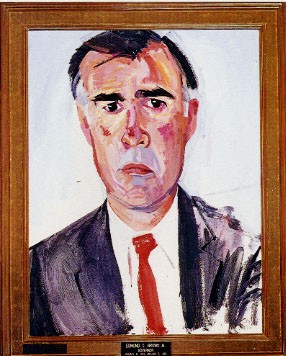 California Attorney General Jerry Brown, the once and would-be future Governor of California, will be making an appearance at the Samoa Cookhouse on the morning of Halloween day, just about 48 hours before polls open.

Local Democratic Party apparatchik Andrew Bird will be organizing Brown's North Coast appearance, and confirmed the date to the Journal moments ago. The Humboldt County Democratic Central Committee also posted the news to its Facebook page, wherein it seeks dedicated Dem volunteers to work the event.

The program is still being worked out, Bird said, but since space at the Cookhouse is so tight -- it seats 150, max -- it seems unlikely that this will be a come-one, come-all kind of event. At least during the breakfast portion of the festivities.

The folksy old Cookhouse is a beloved venue for political theater. Current Governor Arnold Schwarzenegger made his first public appearance as a candidate there, soon after an official announcement was made on Jay Leno's Tonight Show.