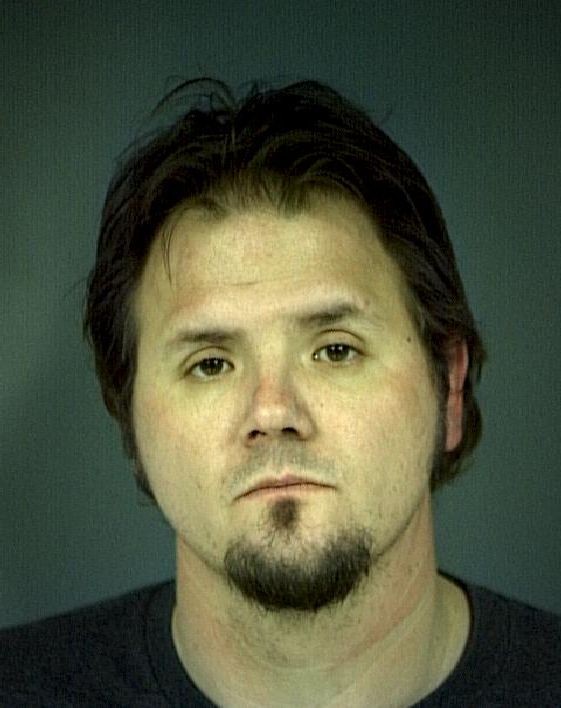 James Faulk, former city editor, reporter and "fat guy" film columnist for the Times-Standard, was arrested yesterday by Eureka police officers and booked into the Humboldt County Jail on charges of heroin possession. Around 1 p.m. Tuesday, Faulk was observed leaving an apartment complex that was the subject of an EPD search warrant, a press release sates. Faulk was stopped by officers in the department's Problem Oriented Police program, who ordered him to unclinch his right hand. When he opened his fist, three small packages -- or "bindles" -- of tar heroin fell to the ground, according to the release. In his pocket the officers allegedly found a syringe loaded with liquid heroin.

[Update: 3:20 p.m.] Faulk left his position as second-in-command in the T-S newsroom earlier this year, taking a voluntary leave of absence from which he never returned. Managing Editor Kimberly Wear told the Journal in July that the departure was Faulk's choice, adding that she was unaware of his reasons. [Disclosure: Faulk was a colleague of mine during my tenure at the T-S, and we had classes together at HSU.]

Lawrence "Butch" Rogers, 69 of Eureka, was arrested and transported to the Humboldt County Correctional Facility where he was booked for possession of heroin for sale and probation violation. This was Rogers' third arrest by POP this year. He was previously taken into custody on a felony warrant, and on 9/29/10, Rogers was arrested for possession of heroin for sale after officers found approximately a half-ounce of tar heroin during a parole search on the 3200 block of Cleveland Street. However, due to health concerns, Rogers was refused at the jail (on that occasion) and ultimately cited and released with a court date.

Barbary Emery, 54 of Eureka and the apartment's primary tenant, was arrested and transported to the Humboldt County Correctional Facility where she was booked for possession of heroin, maintaining a place for purposes of drug use/sales, possession of drug paraphernalia, and possession of hypodermic syringes.