Moxon Out at Humboldt Area Foundation 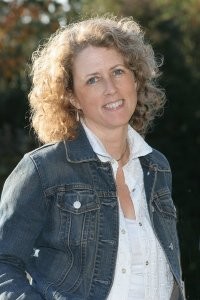 Kathleen Moxon, director of community strategies for the Humboldt Area Foundation, is leaving the organization after more than 15 years. And there is speculation that her departure is not voluntary.

HAF Executive Director Peter Pennekamp today confirmed that Moxon and the foundation are parting ways, but he described the split as an amicable result of agency restructuring. In recent years, he explained, the nonprofit has been shifting its focus away from Moxon's area of expertise -- namely, economic and community development. "We're probably becoming less focused on that as a core area," Pennekamp said. This shift is a natural progression, he said, thanks to the advent of other local agencies working in the field, including the North Coast Prosperity Network, the Job Market and the Redwood Region Economic Development Commission (RREDC). "None of that existed when we started that work in 1995," Pennekamp said.

Others locals involved in economic development said they were surprised by news of Moxon's departure and unaware that HAF was shifting its focus. RREDC Executive Director Gregg Foster -- who worked at HAF alongside Moxon from 1996 to 1999 -- characterized both developments as a loss. Moxon, he said, is a valuable and well-connected asset to the community in general and to RREDC in particular. "On the economic side, she was our connection to the foundation. ... She's a real idea person," Foster said. "She was doing a lot of work on the broadband issue and was able to capture a lot of state attention on that. ... Now we're going to lose that resource."

Foster added that he'd heard nothing about HAF's plans to shift focus away from economic and community development. "Making that decision in the absence of talking to any of us in economic development is, I think, kind of ironic for a community foundation," he said.

Others suggested that Moxon's departure might stem from a personality clash with Pennekamp. "I knew there was some tension there, but I didn't think it had reached the point where she would be leaving," said Patrick Cleary, president of Lost Coast Communications. Cleary and Moxon served together for years as founding members of the Headwaters Fund Board of Directors.

"I think Kathy was really one of the pivotal players on the Headwaters Fund [Board] in terms of pushing the fund to look at certain things, such as the telemedicine program for Open Door Clinic," Cleary said. "She was one of the leaders in identifying that as an area of leakage where money was leaving the county." He also credited Moxon with being the driving force behind the county's Prosperity strategy for economic development, which focuses on growing local industries rather than trying to attract large outside employers to the area.

Pennekamp said he could not comment on whether Moxon's departure was voluntary since it's a personnel issue. But he offered glowing praise of Moxon, saying that she's done "an absolutely brilliant job" for the foundation and that HAF will likely contract with her as she continues her economic and community development work. Moxon's vacant position will be filled, if somewhat redefined, he said.

A call to Moxon was not returned by the end of the work day. Cleary said he's not worried about her: "I have little doubt Kathy will land someplace where she'll make a positive impact."