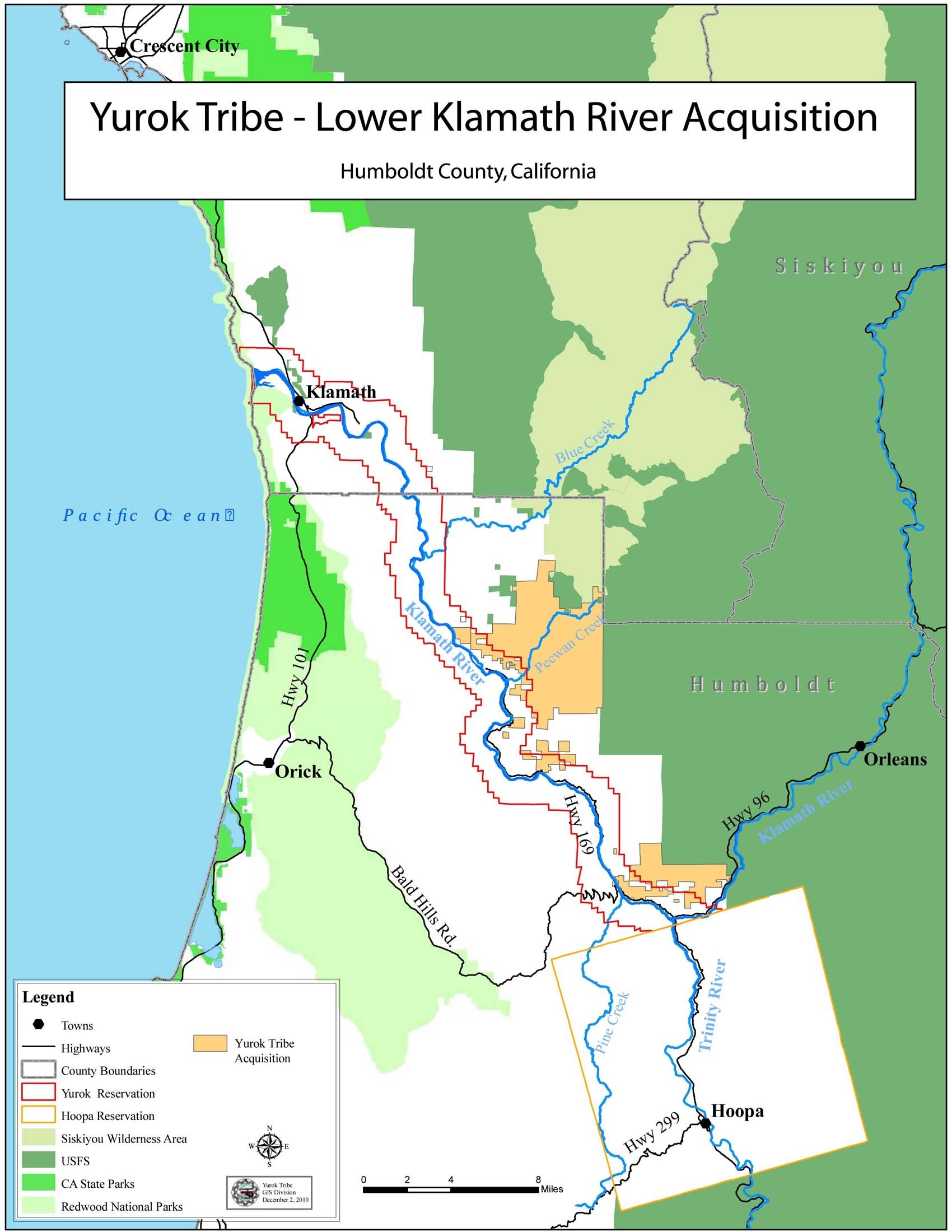 The Yurok Tribe's land base, long confined to a narrow strip to either side of the lower Klamath River, will more than double in size now with a just-completed acquisition of 22,237 acres from Green Diamond Resource Company.

The tribe announced the acquisition in a news release this afternoon, noting that it will allow for restoration of river, forest and cultural resources.

The acquisition was a joint effort between the tribe, the timber company, the State Water Resources Control Board -- which gave loaned the tribe $18.75 million from the Clean Water State Revolving Fund to buy the land -- and the Western Rivers Conservancy, which also provided financing. Said Yurok Tribal Chairman Thomas O'Rourke:

"The Tribe has long sought the return of ancestral land to create a salmon sanctuary and restore tribal cultural management practices, which benefit fish, wildlife and the ecosystem as a whole. ... [The Tribe] looks forward to managing these lands in the way they were meant to be, which is for all species."